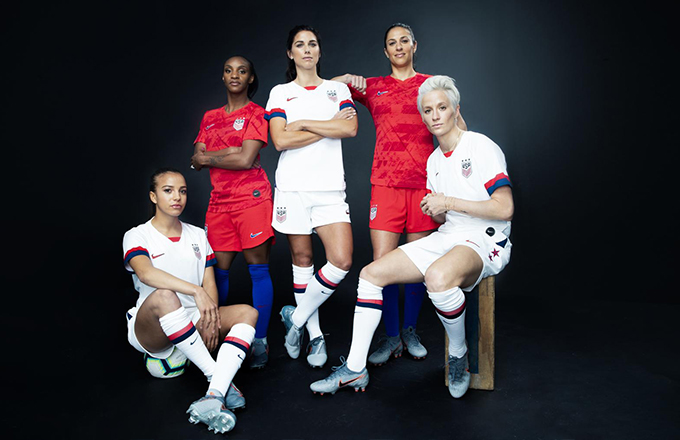 Joined by some of the world's top women's soccer players in Paris on Monday, Nike announced their plans to further their commitment to supporting the next generation of female athletes. The plans were announced to coincide with this summer's FIFA Women's World Cup in France, with them unveiling 14 National Team Collections. Nike also brought along gymnast Simone Biles, fencer Ibtihaj Muhammad, and Grand Slam winner Li Na among many others.

"We believe this summer can be another turning point for the growth of women’s football," said Mark Parker, Nike's chairman, president, and CEO. "And our bigger ambition is for that energy and participation to extend into all sports. Nike’s commitment is to continue our leading support of competitive athletes, invest in the next generation at the grassroots level and deliver more innovative and compelling product design for women."