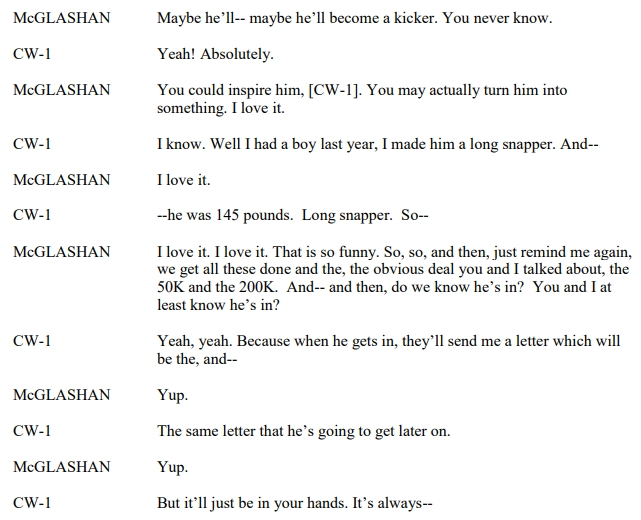 Need someone to clean your house? Let us help!
Want to study for an MBA? First understand these

A federal sting into a college entrance fraud ring titled OPERATION VARSITY BLUES (yes, that is the real name) concluded with 50 individuals being charged, as parents of kids paid a third party to facilitate payments to school programs and coaches to get students into schools by pretending they were athletic recruits to get them priority in admissions — as well as cheating on entrance exams.

Lori Loughlin and Felicity Huffman were the two most famous names of those charged, including Loughlin apparently paying $500,000 to get her two daughters into USC by posing them as crew recruits. Yale’s women’s soccer coach made out like a bandit in the scheme, making at least $1.6 million by pretending clients were soccer recruits to help them get into the school.