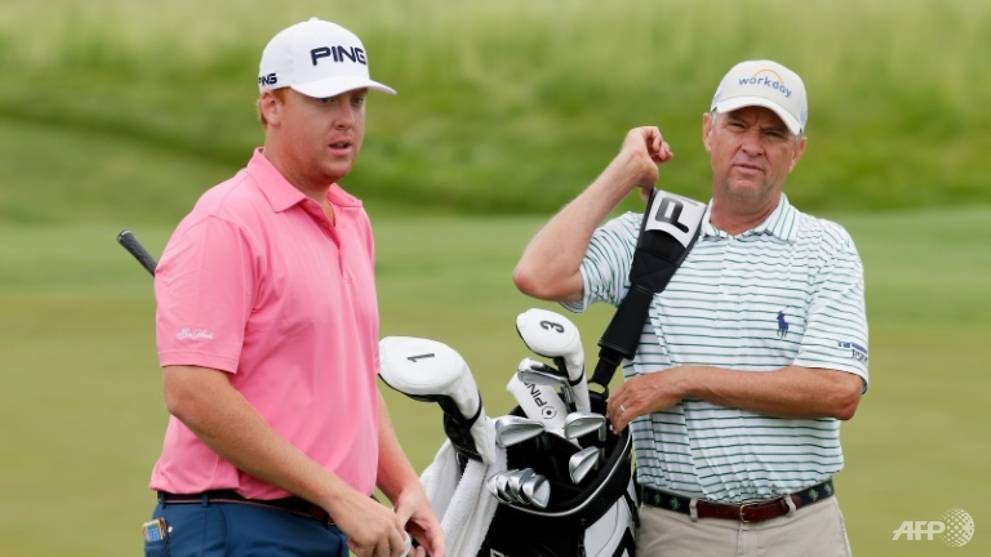 Golf: Father and son Love story at US Open

When Dru Love battled his way through sectional qualifying before being awarded a slot at this week's US Open, he knew exactly who to turn to - father Davis Love III.

ERIN, United States: There aren't many golfers who can call upon the services of a major winner and Ryder Cup captain to work as their caddie.

So when Dru Love battled his way through sectional qualifying before being awarded a slot at this week's US Open, he knew exactly who to turn to - father Davis Love III.

The 24-year-old amateur will become the third generation from the Love family to play in a US Open when he tees off at Erin Hills on Thursday (Jun 15).

Grandfather Davis Milton Love Jr. made four appearances in the tournament between 1960 and 1970.

Father Davis, the 1997 PGA Championship winner and a veteran of 23 US Opens, will be carrying his son's bag.

For the youngest Love, the choice of caddie was a no-brainer.

"People keep asking me why did you get him to caddie? Is it not obvious?," Love said.

"He's played 23 US Opens. He's seen every single possible thing you can ever see on a golf course."

His father needed to be convinced however.

"He asked me who do you want to caddie, and I said, well, obviously you," Dru Love recalled.

But Dru Love said there was never any question of anyone else carrying his bag - even if he admits it feels "weird."

Arriving at the course last weekend, the younger Love had to check his instinct to reach for his own golf bag.

"When we were pulling up I was a little excited and I started grabbing all of the bags," Dru Love revealed.

"I grabbed my bag, and I grabbed this and that, and he goes, 'Whoa, whoa, whoa. This is my job this week.'

"I'm used to getting his stuff out of the car and toting it to the locker room and following him around and doing whatever he needs. For the first two days it felt weird having him do the things that I'm usually doing for him - handing him a golf ball or cleaning a club.

Autograph hunters are a bit of a hindrance however.

"I definitely think when he's walking down the range to give me golf balls it takes him about 25 minutes because everyone stops and is talking to him," Dru Love said.

Davis Love III, meanwhile, might have been teeing off alongside his son but failed to qualify for the Open. Love however said he is happy to be helping out his son instead.

"I think I'd rather caddie for him than play," Love said.

Dru meanwhile expects his father to provide a calming influence.

"Patience, and routine, and staying calm, and not trying to get ahead of yourself, one shot at a time," he said.

"He's watched me play enough golf. He can see when I get a little ahead of myself, get a little quick and excited, and he does a good job of calming me down."