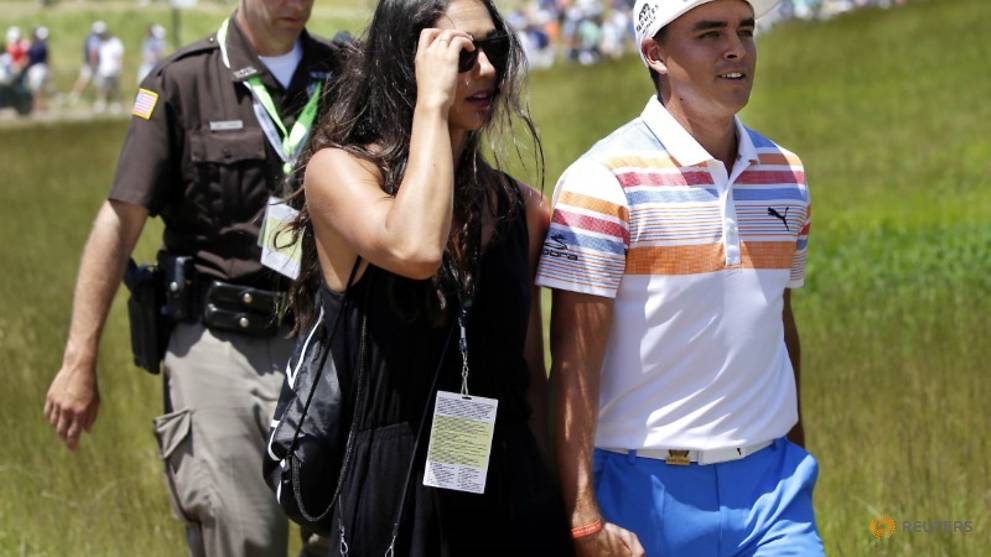 Fowler on target as US Open big guns fail to fire

American Rickie Fowler tamed Erin Hills to claim the first-round lead at the U.S. Open on Thursday, making the so-called toughest test in golf look easy with a record-equalling display while the big guns failed to fire.

ERIN, Wisconsin: American Rickie Fowler tamed Erin Hills to claim the first-round lead at the U.S. Open on Thursday, making the so-called toughest test in golf look easy with a record-equalling display while the big guns failed to fire.

With only a gentle breeze and rains having taken the bite out of the monstrous 7,845-yard course, players tore apart the links-style layout, attacking the pins with bravado on a day when 17 competitors broke 70.

Fowler returned a seven-under 65 for a one-shot lead over compatriot Xander Schauffele and Englishman Paul Casey.

Starting from the 10th tee, Fowler showed why he was among the pre-tournament favourites, returning a polished bogey-free effort that matched the lowest first round score in relation to par at a U.S. Open.

Not even the sight of a burning blimp crashing to the ground in an open field just a half-mile (800 meters) from the course could shake the world number nine, who failed to make the cut at his previous two U.S. Opens but finished runner-up in 2014.

"You don't get many rounds at the U.S. Open that are stress-free," said Fowler, who got his round off to a flying start with birdies on three of his opening five holes.

"It is always cool to be part of some sort of history in golf but I'd rather be remembered for something that's done on Sunday."

Newly branded as the "ultimate test in golf", the U.S. Open has long been famed for its toughness and Erin Hills, the longest ever layout for a U.S. Open, was expected to add to that hard-man reputation.

But under sunny skies Erin Hills looked more friend than foe with 44 golfers breaking par setting a record for the opening round of a U.S. Open.

But not everyone left with a smile as the world's top six ranked players all failed to get into red numbers.

World number one Dustin Johnson opened defence of his U.S. Open crown with a shaky three-over 75 while number two Rory McIlroy, sidelined for much of the year with rib and back injuries, opened with an eagle but could not shake the rust, fading to six-over 78 after being punished by the brutal fescue rough on several occasions.

As bad as the Northern Irishman's day was it was still better than playing competitor world number three Jason Day, the Australian slumping to a seven-over 79 that included two triple bogeys.

"I just played bad golf," said Day. "I can't put it any other way other than just there was some good stuff mixed in with a lot of poor stuff.

World number four Hideki Matsuyama (74), number five Jordan Spieth (73) and number Henrik Stenson (74) will all have work to do if they hope to see the weekend at season's second major.

Few in the 156 player field, however, had a more wretched day than Englishman Danny Willett, the 2016 Masters champion who handed in a nine-over 81.

Six times a runner-up at the U.S. Open, Mickelson skipped another chance at completing a career grand slam when it became obvious Mother Nature was not going to cooperate and delay the start of the opening round.

Mickelson had kept fans and officials guessing almost down to the wire, hanging on to the long shot hope that storms might delay the start of the year's second major and allow him to attend the graduation and then fly from San Diego to Wisconsin to make his tee time.

His withdrawal marked the end of a golfing era with the 117th U.S. Open becoming the first major to not include Mickelson and/or Tiger Woods since the 1994 Masters.

Woods, who recently underwent his fourth back surgery, has not played a PGA Tour event since January at Torrey Pines, the site of the last of his 14 major wins in 2008. The last major he played in was the 2015 PGA Championship.

(Editing by Mark Heinrich and Andrew Both)