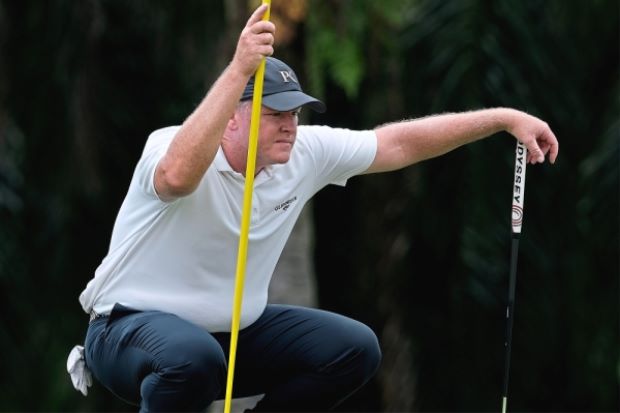 SHAH ALAM: Australian Marcus Fraser is competing in only his fifth tournament in the first three months – two less during the same period last year – and calls himself a 'part-time' golfer.