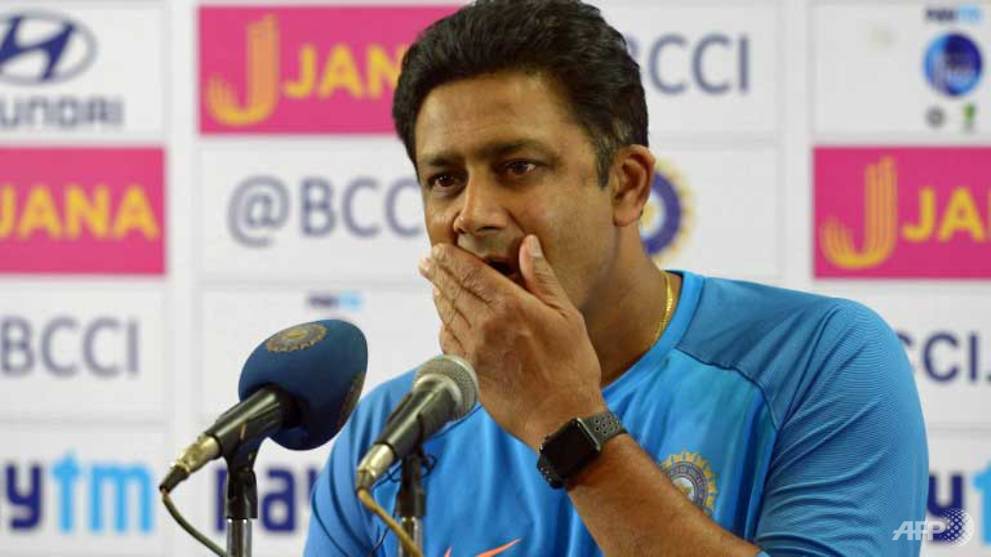 NEW DELHI: Anil Kumble has stepped down as India's head coach after a one-year term that ended with the team's defeat in the final of the Champions Trophy, the Indian cricket board said on Tuesday (Jun 20).

"The Board of Control for Cricket in India (BCCI) confirms that Mr Anil Kumble has withdrawn his services as the post of the Head Coach for the Senior India Men's team," said a board statement.

"While the Cricket Advisory Committee had endorsed an extension to his tenure as Head Coach, Mr Anil Kumble has decided not to continue as the coach," the statement added.

Kumble's decision to quit comes after a reported rift between him and captain Virat Kohli, with the BCCI advertising his job before the marquee 50-over trophy competition.

The BCCI had urged Kumble to carry on as coach until the end of a West Indies tour starting Jun 23, but the former India captain did not travel with the team that left from England on Tuesday.

Kumble, who is chairman of the International Cricket Council, remained in London for its ongoing annual conference.

The BCCI has denied any rift in the Indian camp. However local media has reported that BCCI officials met Kumble and Kohli in London to try and resolve the spat.

The 46-year-old Kumble, who was put in charge of coaching last June, helped India reclaim the number one ranking.

"We wish to place on record our sincere appreciation for the immense contribution by Anil Kumble to the team which enabled India to attain the No.1 Test position," acting BCCI secretary Amitabh Choudhary said.

"Indian cricket needs his continued contribution in various capacities and wishes him all the best in his future endeavour."

The BCCI has retained the rest of its coaching staff for the West Indies series with MV Sridhar, general manager cricket operations, supervising the team management.

India, who lost an embarrassing final against Pakistan on Sunday, will play five one-day internationals in the Caribbean, with a Twenty20 international wrapping up the trip on Jul 9.