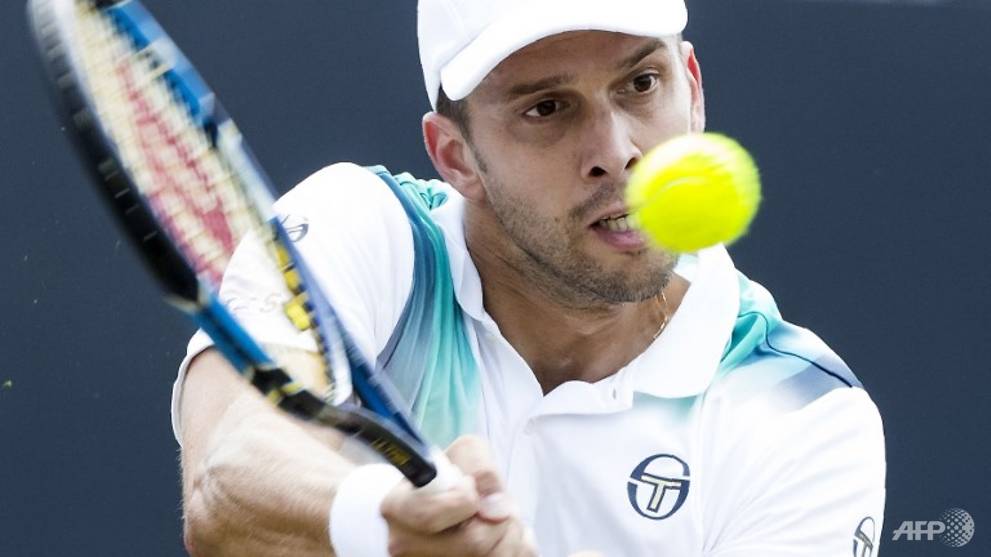 LONDON: Jo-Wilfried Tsonga became the latest star to crash out of Queen's Club as the world number 10 was beaten 6-4, 6-4 by Luxembourg's Gilles Muller on Wednesday.

After Andy Murray, Stan Wawrinka and Milos Raonic all endured shock first-round defeats on Tuesday, it was Tsonga's turn to suffer a surprise second-round exit.

Fifth-seeded Tsonga is traditionally a powerful force on grass and finished as Queen's runner-up in 2011, while twice appearing in the Wimbledon semi-finals.

But the 32-year-old, who has won titles in Lyon, Marseille and Rotterdam in 2017, was out of sorts from start to finish against the big-serving Muller.

It took Muller just 69 minutes to hand Tsonga another frustrating loss on the heels of his embarrassing first-round exit against Renzo Olivo at the French Open.

"Sometimes you cannot do anything because the guy in front of you is doing the right things to make you play in a bad way," Tsonga said.

"I played two matches here. That's life. I'll try to play better in Wimbledon. I have to put a little bit more energy in my game."

Muller's impressive display maintained his recent surge, which has seen the 34-year-old win the 's-Hertogenbosch grass-court tournament last week and reach a career-high ranking of 26.

Muller is in the quarter-finals at the Wimbledon warm-up event for a third successive year and will play former Queen's champion Sam Querrey or Australia's Jordan Thompson for a place in the last four.

Dimitrov won Queen's in 2014 and, given the way the tournament has unfolded, the sixth seed must fancy his chances of claiming the title again.

'FIGHT FOR EVERY POINT'

The 26-year-old was pushed hard by the world number 87 in almost two hours on court in searing heat, but he battled through to set up a quarter-final clash with Australian wild card Thanasi Kokkinakis or Russia's Daniil Medvedev.

It is the first time Dimitrov has made the last eight of an ATP event since Rotterdam in February.

Dimitrov insisted he tuned out all the drama involving the other top seeds in case it affected his focus.

"That's not a healthy way of thinking when you play a tennis match," he said.

"It's tiring as it is to have to fight for every point and try to find a way to win, and if those kind of thoughts are starting to come into your head, then you're going to lose."

Shapovalov, 18, is a former junior Wimbledon champion regarded as one of the brightest young stars in the men's game.

He gave a glimpse of his vast talent with a fine display of power hitting against former Wimbledon finalist Berdych.

But the world number 193 was eventually subdued by the Czech, who next takes on Jeremy Chardy or Feliciano Lopez.

Young, who arrived at Queen's on a five-match losing streak, faces former US Open champion Marin Cilic or American qualifier Stefan Kozlov with a semi-final berth at stake.