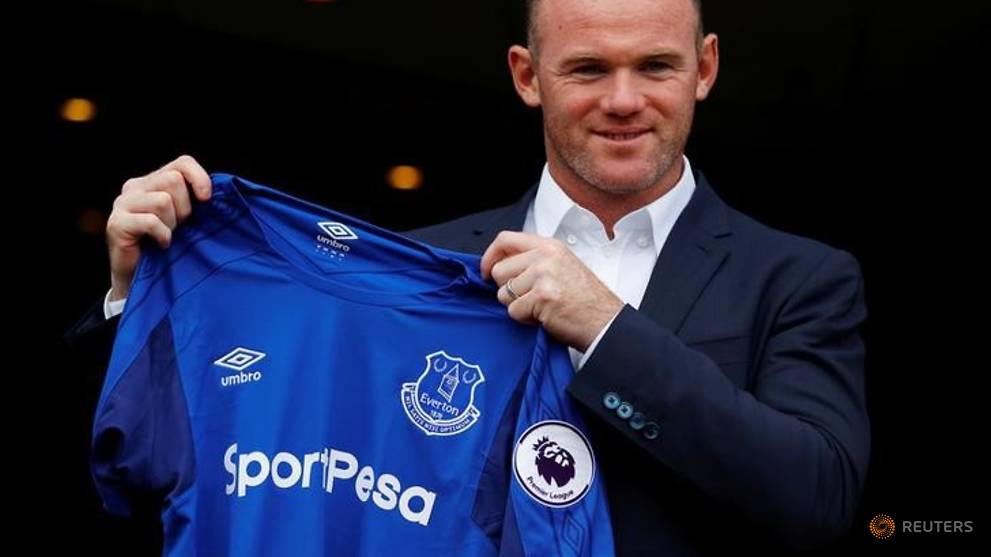 Everton forward Wayne Rooney is eager to revive his England career after losing his place in Gareth Southgate's squad earlier this year due to a lack of playing time at Manchester United.

REUTERS: Everton forward Wayne Rooney is eager to revive his England career after losing his place in Gareth Southgate's squad earlier this year due to a lack of playing time at Manchester United.

Former captain Rooney is England's top scorer with 53 goals but last played for the Lions in the World Cup qualifier against Scotland in November with Southgate omitting him in favour of in-form strikers.

Rooney scored eight goals in 39 matches for United last season as he struggled to beat out the club's new signings and younger players for a regular starting spot.

The 31-year-old is hopeful of a different scenario after re-joining his boyhood club after 13 years at Old Trafford.

"I love playing for England," Rooney told reporters during his first press conference for Everton on Monday.

"Of course Gareth had to make a decision... I wasn't playing the football that I like and I don't think you should play for your country if you are not playing for your club.

"He told me that, if I get back playing every week, then the door is still open. I want to play for England. I am focused on Everton, getting back playing and doing well and, if I do well, Gareth Southgate will have a decision to make."

Rooney, who has 119 caps for England, also said that he would be forced to retire from international football if he had moved to a Chinese club.

"If I had gone to China, which was an option, then I would have called it a day. It's the time difference, the difference in the standard of the league," Rooney added.

(Reporting by Aditi Prakash in Bengaluru; editing by Sudipto Ganguly)

will be missed dearly at Old Trafford. But really hope to see him back in England squad..