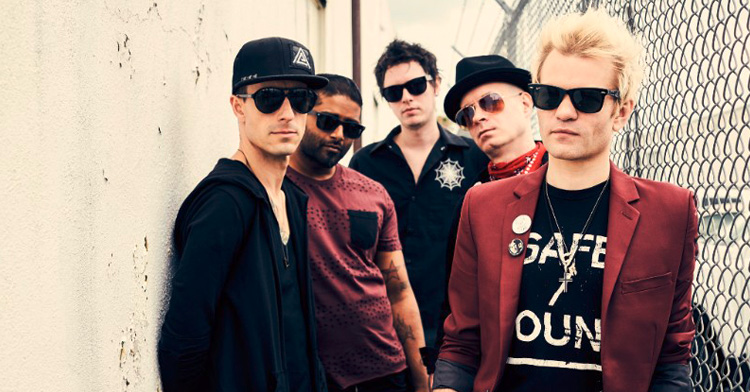 Sum 41 to perform in Singapore in August, tickets to go on sale soon

Grew up in the 2000s? If you did, you should be no stranger to Canadian punk rock outfit Sum 41.

The soundtrack of our angsty teenage years, the band is famous for hits like “In Too Deep”, “The Hell Song” and “Over My Head (Better Off Dead)”.

After a five year break, the band released a brand new album just last year titled ’13 Voices’. The album was well-received, with tracks like “War”, “Fake My Own Death”, and “Breaking The Chain” racking up 10 million, 7 million and 3 million streams to date.

Currently on a world tour, the band will be here in Singapore to give fans a very special showcase at [email protected] on 24 August at 8pm.

OG Sum 41 fans, make sure to catch them live while they’re here! Tickets are priced at $120 (free standing only). You can purchases them via ApacTix from Jul 29, 12pm.

Also read Young, Wild And Free – Live It Up This Youth Month At These Places Because You Are Only Young Once