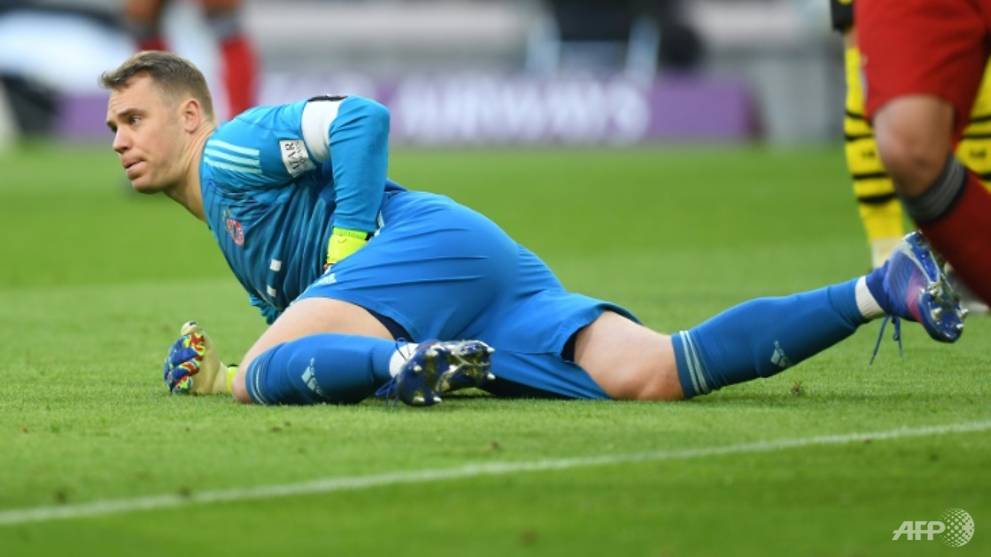 Bayern Munich goalkeeper Manuel Neuer says he hopes to return from injury before the end of the season. (Photo: AFP/Christof STACHE)

BERLIN: Injured Bayern Munich goalkeeper Manuel Neuer on Wednesday (Apr 17) quashed rumours of his imminent retirement and says he wants to return in time to face RB Leipzig on the penultimate day of the Bundesliga season.

"It is difficult to say when I will be back but I think Leipzig is a realistic target," he said at a press conference, with league leaders Bayern away to third-placed Leipzig on May 5.