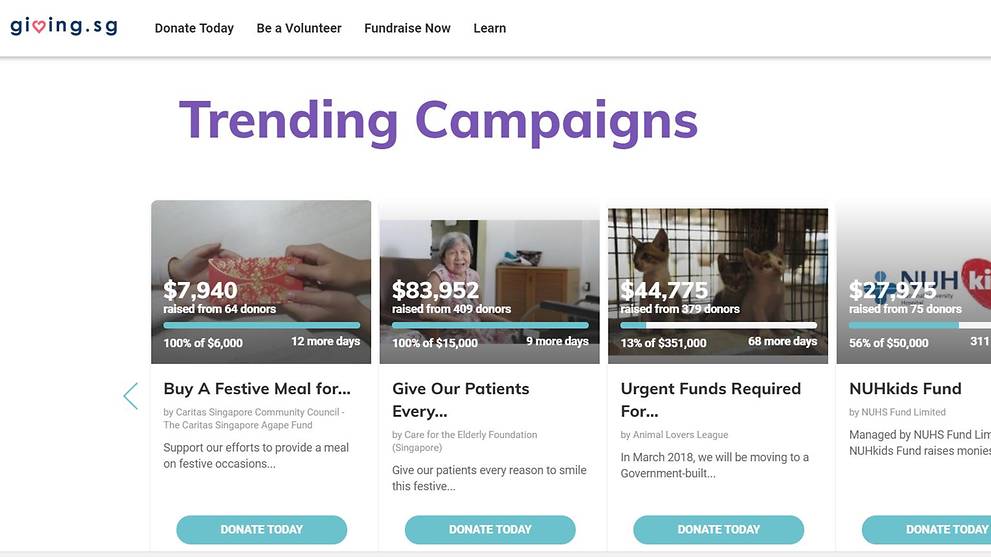 The Code of Practice, which is a set of best practices for crowdfunding platforms in Singapore, is based on ensuring "the legitimacy, accountability, and transparency" of charitable appeals hosted on these platforms, MCCY said.

As part of the code, platforms will be required to complete a declaration of compliance with the fund-raising regulations under the Charities Act.

This includes their duty to make accurate representations to donors, maintain proper records of donations, and to use donations according to the intended purpose.

Co-founder for Give.asia Aseem K Thaku said his platform welcomes the Code of Practice as it brings "more transparency and trust" to the online giving space.

"We believe that as trust increases, more people will donate and more worthy causes will get supported which is a great outcome," he added.

Speaking at the National Volunteer and Philanthropy Centre’s inaugural Giving Matters Forum, Minister for Culture, Community and Youth Grace Fu said she was "heartened" by the industry’s support for the code of practice.

She also highlighted the role of donors to encourage "safer online giving".

"Donors must also do their part to hold fundraisers accountable, by asking questions on the legitimacy of the appeal even when exercising their generosity," said Ms Fu.

The code of practice and list of platforms that abide by it will be published on the charity portal.

"If a platform breaches the Code of Practice, its name will be removed from the list," said MCCY. It added that the areas found in breach of the code by the platform may be stated on the portal.