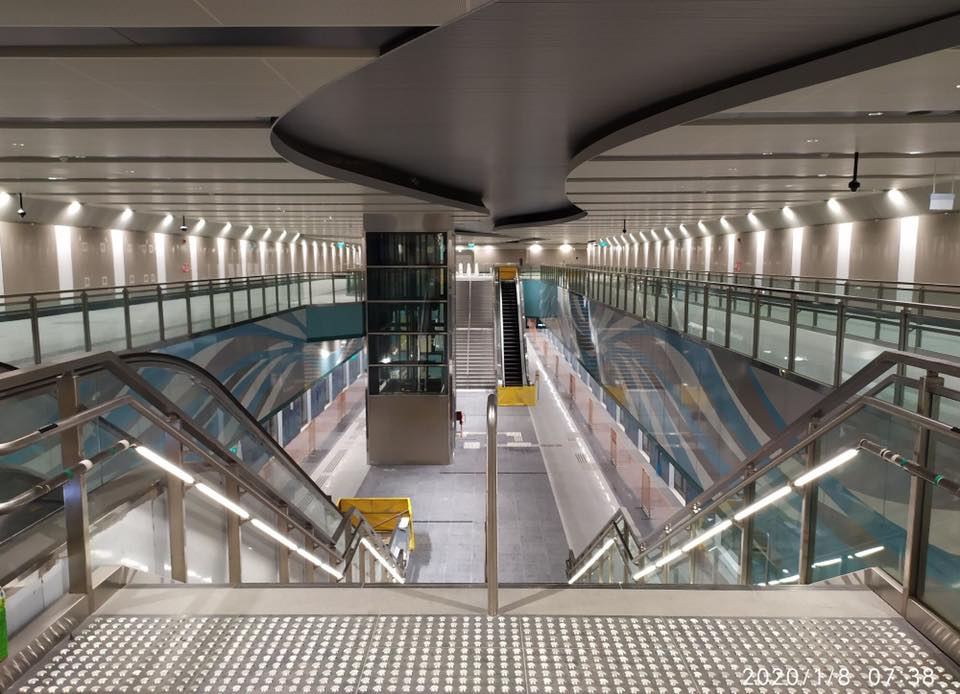 Beijing 101 has many positions looking to be filled! Apply now!
Enjoy 42% off Brazilian BBQ buffet! Eat the premium steak till you drop!

Woodlands residents have many reasons to cheer when the proposed Thomson-East Coast Line first made the news.

For one, the Thomson-East Coast Line connects the north of Singapore to the Central Business District. When it’s completed, it can cut down travel time from Woodlands to the CBD by 40 minutes.

Which means an alternate (and easier) way to get to the shopping paradise known as JB.

In case you missed it, the first three stations of Thomson-East Coast Line is open to the public.

No, train service for the Thomson-East Coast Line hasn’t started yet. It will start on 31 Jan 2020.

However, the public is allowed to enter the stations to “familiarise themselves with the station’s various entrances, exits and amenities”.

Now, you might be thinking, chey, three stations only. There’s still a long way to go until we have our direct line to the central.

But LTA’s Latest Update Will Change Your Mind

Just one week after the three TEL stations are open to the public, the Land Transport Authority (LTA) gave yet another status update on the new MRT line.

In an update on 17 Jan 2020, LTA announced this on their Facebook page:

“90% of phase two of the Thomson-East Coast Line Completed”

They announced that stage two of the TEL is 90% complete.

Six more MRT stations on the TEL will open by end-2020.

If you live in any area near to these stations:

Rejoice because not only do you get to travel to Woodlands faster, you get better connectivity to two different MRT lines:

And the Circle Line via Caldecott Station

According to the LTA, about 100,000 households will benefit from the opening of both the TEL1 and TEL2.

This, they claim, can cut down residents’ travelling time by up to 50%.

And that’s not all; this line will also put the 100,000 households within a 10-minutes walk of an MRT station.

Status Of The Thomson-East Coast Line So Far

Here’s the progress of work on the TEL so far:

Judging by the progress on the TEL, it’s highly likely that Woodlanders are going to get their straight access to the central of Singapore soon.