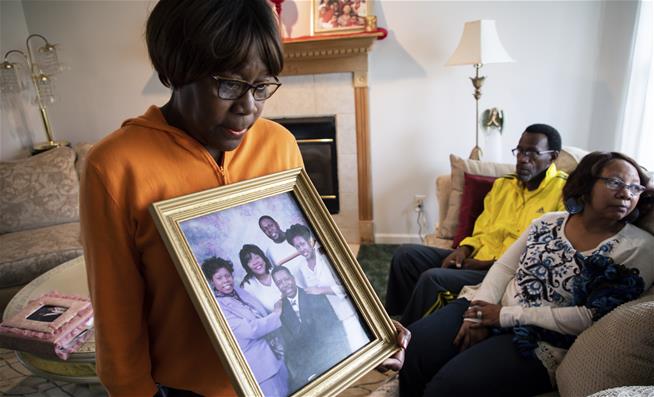 Argument in the Parking Lot, a Gunshot, Then 30 More

Share stories with Mount Elizabeth to earn 100 Nestia points!
Need urgent deliveries? We can do it in 1 hr!

(Newser) – Moments before her ex-fiance fatally shot her in the parking lot of the hospital where she worked, a Chicago doctor called 911 to report that she had spotted the man and feared for her life. As investigators tried to piece together the events that ended with the deaths of the doctor, a police officer, a hospital employee, and the gunman, they were able to fill in details about the attack Monday at Mercy Hospital. Dr. Tamara O'Neal had recently called off her engagement to Juan Lopez, so when she saw him, she called for help, per the AP. She also told an acquaintance in the parking lot that she was afraid and that the acquaintance should call 911 as well. When Lopez confronted her, the former couple argued about O'Neal calling off the engagement, and Lopez demanded she return the ring. Then, police said, people inside and around the hospital heard gunfire.

O'Neal fell to the ground. A witness looked out a hospital window and watched as Lopez "stood over her and shot her three more times." As a squad car pulled up, Lopez turned his handgun on police, striking the vehicle before he ran into the hospital. Once inside, he kept firing at officers and at one point turned and fired at Dayna Less, a first-year resident in the hospital's pharmacy, when the doors of her elevator opened. Less didn't survive. Officer Samuel Jimenez was struck in the neck, just above the bulletproof vest he was wearing, and soon died. During the gunfire, Lopez was shot once in the abdomen. It was then that Lopez, who fired a total of more than 30 shots, put the gun to his head and killed himself, say police. Lopez had no apparent criminal record, but there were other red flags; more here. (Another witness says Lopez was shooting people at random.)

What to do ? In a country that loves their guns more than their loved ones. More people in their country had been killed by guns than in the 2 world wars. But they still want n loved their guns !!! Duh ?! 😵😔👎🤬