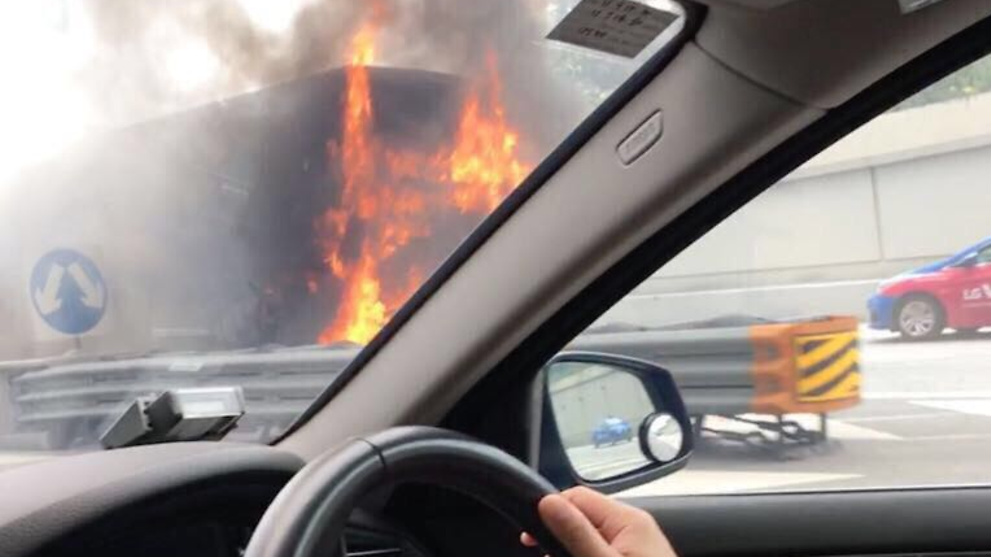 The Singapore Civil Defence Force (SCDF) said it was alerted to the incident at about 2pm. At around this time, the Land Transport Authority sent out a tweet alerting motorists of the fire and the exit's closure.

The fire involved the engine compartment of the bus, SCDF said, adding that the flames were put out using a single water jet.

The aftermath of a bus fire at the ECP (Changi) exit along MCE on Sunday (Jan 7). (Photo: Telegram/SG No 1 all-in-1 sharing/Updates)

There were no reports of injuries, said SCDF. The cause of the fire is being investigated.

FIRE ROOSTER CONTINUE TO BURN TILL YEAR IS OVER。