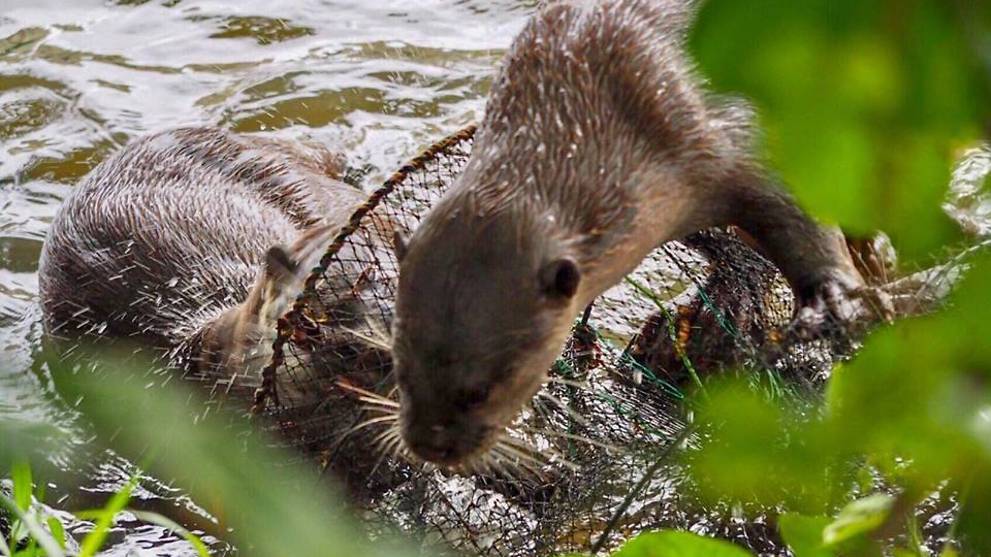 Otters were spotted swimming near a fishing cage in Marina Reservoir. (Photo: OtterWatch)

SINGAPORE: Several otters were spotted exploring a cage meant for trapping fish at Marina Reservoir on Tuesday (Jan 2) morning, prompting the Public Utilities Board (PUB) to appeal for witnesses to the offence.

The water agency worked together with OtterWatch, a local group of otter enthusiasts, to remove the cage.

"It is an offence to trap any animal or do any act which causes injury to the fauna in any reservoir. Those caught doing so may be fined up to S$3,000," it added.

It also urged witnesses who see any suspicious activities along reservoirs to contact PUB with the date, time, location and pictures of the incident.

This is not the first incident of otters being being put in harm's way. In October, an otter pup was found in a canal in Pasir Ris Park with a deep wound running across its back and sides. The wound was reportedly caused by a thick wire that got entangled around the otter's body.

Channel NewsAsia has reached out to the Animal Concerns Research and Education Society (ACRES) for a comment.