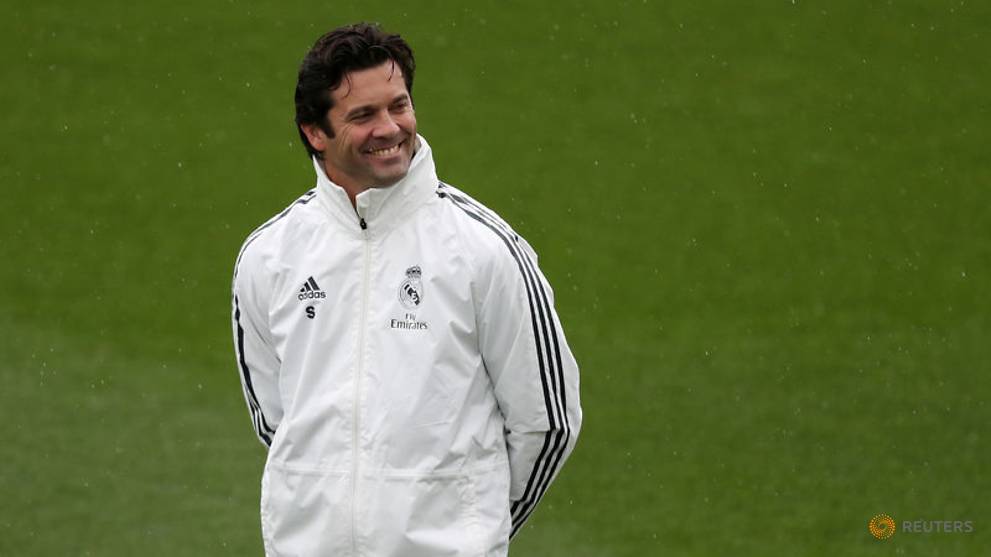 After a therapeutic win in the Copa del Rey, the hard work starts for Real Madrid under interim coach Santiago Solari as they look to revive their faltering La Liga campaign on Saturday at home to in-form Real Valladolid.

REUTERS: After a therapeutic win in the Copa del Rey, the hard work starts for Real Madrid under interim coach Santiago Solari as they look to revive their faltering La Liga campaign on Saturday at home to in-form Real Valladolid.

Former Madrid midfielder Solari has been in charge of their reserve team Castilla since 2016 and has temporarily moved across the training ground to the first team after hapless coach Julen Lopetegui was sacked following Sunday's humiliating 5-1 defeat to Barcelona.

Solari has been tasked with resuscitating the ailing European champions, who are currently ninth in the standings and without a league win since Sept. 22.

He made an encouraging start by easing to a 4-0 win away to third division side Melilla in the Cup on Wednesday.

"I saw a team playing with happiness, intensity and hope, working hard for 90 minutes," Solari said after the win in the Spanish colony on the coast of Morocco.

His side will face a much bigger challenge against Valladolid, though, who are owned by former Madrid and Brazil striker Ronaldo and are unbeaten in their last six league outings.

Spanish football federation regulations mean that Real president Florentino Perez has until Nov. 12 to find a permanent successor to Lopetegui and it is unclear if he is willing to continue the search after negotiations with former Chelsea and Italy boss Antonio Conte broke down.

Solari, whose father was a well-known footballer and coach in Argentina, was known as one of the more cerebral players in the Madrid dressing room during the so-called 'Galactico' era in the early 2000s. He was once spotted reading German philosopher Friedrich Nietzsche in the dressing room.

He broke with his intellectual image in his first news conference before the game with Melilla, however, giving a speech more typical of compatriot Diego Simeone by declaring: "We need to go there and play with a pair of balls."

If Solari manages to return Madrid to winning ways against Valladolid, he will be taking a step in the right direction towards getting the job on a permanent basis.

"We are working with him as if he was the coach for the whole season," he said.

"He has worked at the club for a long time, he has experience, he has won trophies with Madrid. We don't take these decisions and we'll see how things develop, but he is a great coach."