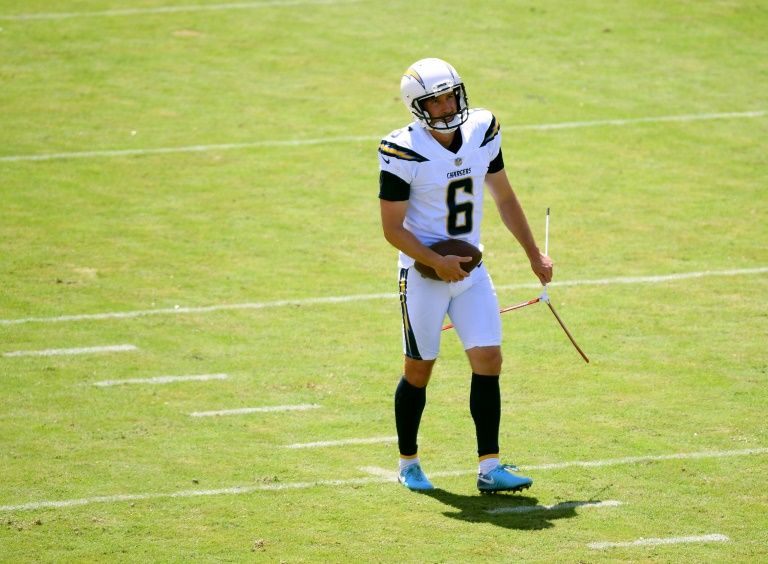 The Los Angeles Chargers axed kicker on Monday following his wayward performance in a victory over the Seattle Seahawks at the weekend.

Sturgis, 29, was released after he missed two extra points and a field goal during the Chargers' hard-fought 25-17 victory in Seattle on Sunday.

The team said in a statement that it had signed Michael Badgley to replace Sturgis, who joined the Chargers this season after previous stints with the Philadelphia Eagles and Miami Dolphins.

Badgley, a member of the team's practice squad, had already deputised for Sturgis twice this season in wins over the Cleveland Browns and Tennessee Titans, making 10 out of 10 successful kicks at goal.

The Chargers victory on Sunday left them at 6-2 for the season in the AFC West division, trailing the pace-setting Kansas City Chiefs, who are 8-1 for the year.