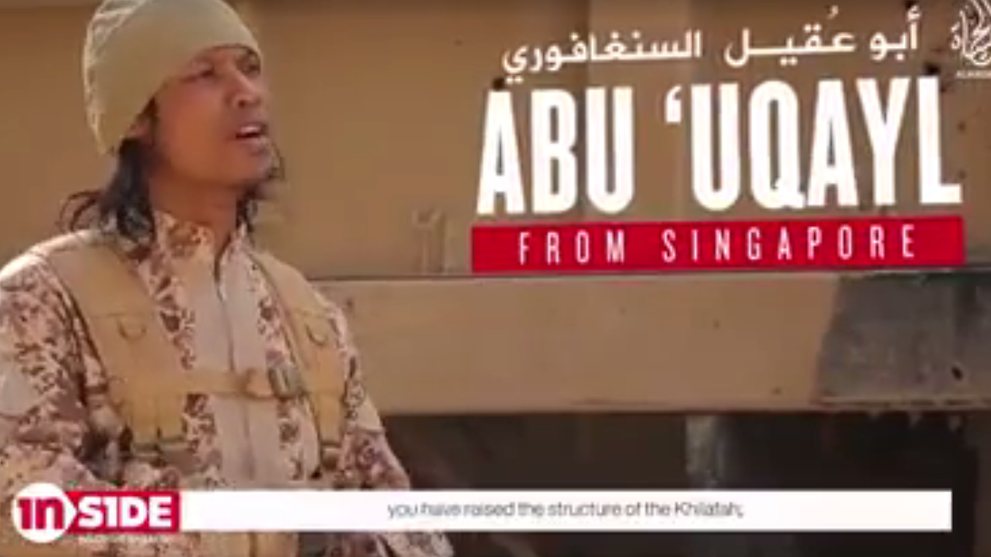 Commentary: Radicalisation not a threat that can be flushed out

Despite the fall of Islamic State and the recapture of Marawi, countering radicalism in Singapore just got more complex, say two RSIS security experts.

SINGAPORE: Securing Singapore against terror threats will require more than Singaporeans being vigilant or knowing when to run and hide when a crisis hits home.

An obsession with terror attacks can blindside us to the more serious and long-term risks of radicalising influences that seek to create schisms and divide society, weakening our social fabric.

The difficult challenge remains how to inoculate ourselves from these influences and be more discerning about potentially polarising developments, especially if complacency about racial and religious harmony sets in.

While Singapore continues to be spared from terrorist attacks, thwarting plots targeting places at home, developments over the past year suggest the fight is far from over.

Even with the defeat of the Islamic State in Mosul last year, our view is countering radicalisation remains a never-ending uphill battle given persistent, ground-up efforts by extremist groups.

Radicalisation can spread and take root rapidly as extremist groups harness the power of the Internet to preach their brand of exclusivism, distort events and create misinformation.

The threat of returning fighters from Islamic State’s theatre of operations in Iraq and Syria is one many Southeast Asian countries are keenly aware of, especially Malaysia, Indonesia and the Philippines who have struggled with domestic sources of extremism and terrorism for many years.

In 2017, the battle for Marawi was a game changer that challenged the way Singaporeans thought about the threats of radicalisation.

No longer did radicalisation confine itself to actions that terrorise urban centres in countries far away, it now had the potential to convince radicalised elements to take up arms and lay siege to a major Southeast Asia city, reminiscent of the Islamic State's occupation of Raqqa and Mosul.

But the trouble is developments in Marawi may have reinforced perceptions that such threats remain foreign, whereas there should be an underlying worry that a more sophisticated and charismatic exclusivist ideology may find traction here.

18 Singaporeans have arrested in the past two years including youths, women and auxiliary police officers.

The reappearance of Singaporean militant Megat Shahdan Abdul Samad in a propaganda video a week ago serves as a powerful reminder of the Islamic State’s intent to target Asia, possibly even Singapore and embolden more radicalised individuals to carry out attacks.

But Shahdan is far away from Singapore, leading many to think the threat is just as distant.

The reality is Singapore needs to watch out for greater interplay of radicalisation and regional developments that can seed ill will and communal conflict by proliferating feelings of victimhood, injustice and disenfranchisement.

Regional issues, if not actively and openly discussed, can lead to polarisation among segments of society and the creation of enclaves.

Calls for jihad against Myanmar by the group Front Pembela Islam in Indonesia rallied a few foreign militants to fight against injustice experienced by the Rohingya in Rakhine.

Startling images of the Rohingya’s plight may be fodder for extremist groups.

Global jihadist groups, even when weakened, can exploit underlying tensions to sustain their extremist ideology in Southeast Asia, and garner support from individuals convinced they can be liberators of disenfranchised Muslims everywhere.

Islamic State-inspired attacks have risen all across Europe last year, including the Manchester Arena bombing and the London attacks. US President Donald Trump’s announcement on Jerusalem and a more assertive Saudi Arabia risk more tensions building up globally including in Singapore.

Blunt enforcement efforts by the Singapore Police Force such as actions to ban foreign preachers and the employment of detentions under the Internal Security Act can mitigate the spread of exclusivist teachings.

Regional cooperation through joint military training between the Singapore and Philippine armies may help countries build deterrence against the ambitions of regional jihadist groups to establish a caliphate.

But efforts to counter exclusivist ideology are arguably more important. The key challenge in these efforts is keeping pace with myriad contemporary issues that may feed an extremist ideology.

Initiatives such as the future Singapore Islamic College and newly-established network of religious teachers (asatizahs) and youth groups by the Islamic Religious Council of Singapore (MUIS) are crucial in strengthening the Muslim community’s position to counter extremist ideology.

These efforts must continue to be carefully calibrated and communicated in order to avoid creating a perception that the Muslim community is being targeted. Jihadist groups and radical ideologues can capitalise on this perception to challenge counter-terrorism efforts.

Like what Home Affairs Minister K Shanmugam  said a week ago: “Islamophobia … increases the risk of violence both from terrorists who kill in the name of Islam, and from those who want to attack Muslims.”

The key to avoiding this perception is to encourage engagements within the Muslim community in understanding Islam especially as young Muslims deal with issues of purpose and identity in navigating the events of today.

The wider public must see these engagements as efforts to leverage our Muslim community as a source of strength and inoculation against radicalisation, rather than as a community at risk.

Given the changing global terrorism landscape, Singapore has to double down on its counter-radicalisation efforts. We must also anticipate how extremist groups may seek new opportunities in uncertainties born by these developments to perpetuate their ideology and justify acts of terror.