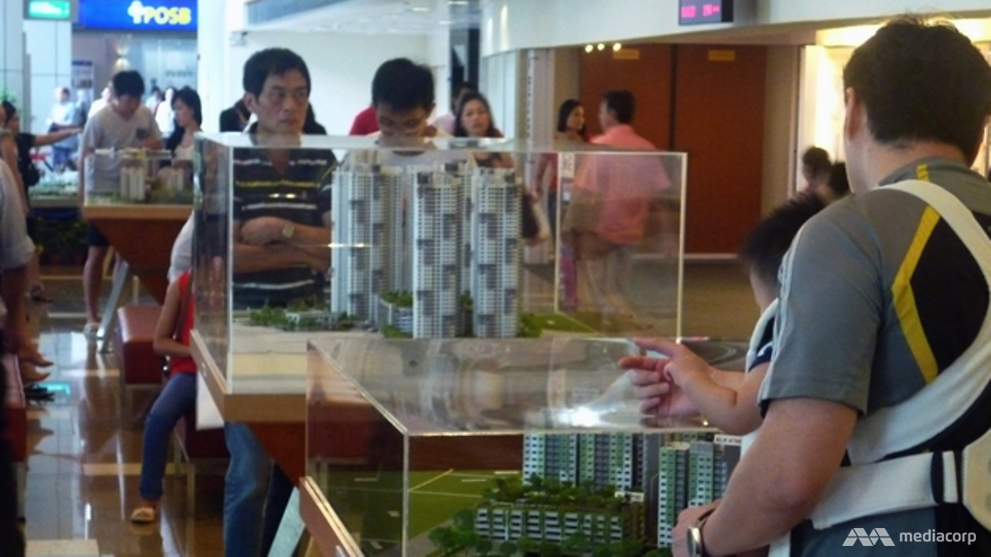 Commentary: Vehicle growth rate cut may lead to increase in housing prices in some areas

The cut in the vehicle growth rate may see a rise in COE prices but transport policymakers should not ignore the potential impact on housing, say three economics experts.

SINGAPORE: The Land Transport Authority announced in October that Singapore will drop the allowable vehicle growth rate from 0.25 per cent to zero next year.

There will be no new Certificate of Entitlements (COEs) added to the market, so the COEs available in each bidding exercise will come solely from the number of deregistered vehicles.

Such a change has raised concerns about the impact on car ownership, already a pricey affair in Singapore. While the immediate repercussions on car prices have captured public attention, effects may be further-reaching.

For one, this new policy has been made in tandem with the massive expansion of the MRT network to many parts of Singapore in recent years, with a further increase of the total track length to 360km by 2020 expected, according to LTA’s long-term plan.

Taken together, these seem like a concerted push to nudge the population to give up their cars and take public transport.

But if delays and disruptions continue to plague the MRT system, then what these moves mean is that the options for a daily commute into the city have just gotten worse for Singapore residents as a whole – one pricier and one less reliable.

This reduction of the vehicle growth rate could impact not only Singaporeans’ transport mode calculus, but also their housing decisions in the longer term.

If car ownership becomes still more expensive and public transport reliability cannot be reasonably assured, the rational decision would be to live where getting around is as convenient as possible and the need for transport is minimised - near the city centre.

Hence, demand for housing in those areas and their consequent prices may see knock-on effects.

Empirical studies of COE and private housing prices bear this out. Our research found that when COE premiums increased, the price of private housing close to the central business district (CBD) also increased.

However, the same increase in the COE premium is associated with only a 2.19 per cent increase in housing prices for private apartments 10km or further from the city centre.

INCREASE IN HOUSING PRICES NEAR THE CBD

Such differential impact on housing prices throughout Singapore result from public transport being more convenient closer to the city centre, mainly because transport networks including rail, buses and taxis are denser, with a higher frequency of services.

In neighbourhoods further from the CBD where public transport options are not as extensive, such as Jurong, housing is not likely to see significant price increases.

ENHANCE TRANSPORT OPTIONS IN TOWNS FAR AWAY FROM THE CBD

With the vehicle growth rate reduced to zero, the increase in housing prices is expected be the largest for apartments closest to the city centre. Those living further from the CBD are likely to continue to rely on a car for transport and thus will have no choice but to accept the higher COE premiums, particularly if they do not live close to a MRT station.

While policymakers are concerned about keeping traffic and congestion low, they must pay attention to the effects of transport policies on housing prices as well.

This is particularly so if the inequality gap grows, with those living further away from the CBD saddled both by higher transport costs – whether they own a car or face longer commutes on public transport - and lower appreciation in the value of their homes.

One way to combat the impact of rising COE prices on housing prices is to enhance public transport options in towns further away from the CBD with more new bus routes and greater service frequency.

If public transport options to the CBD were more reliable, the increase in housing prices close to the city centre is likely to be more moderate.

With eight in 10 households projected to live within 10 minutes of a train station by 2030, and shorter MRT opening hours to allow for the acceleration of resignalling works, commuters and home-owners will be waiting to see if this prediction comes to pass.