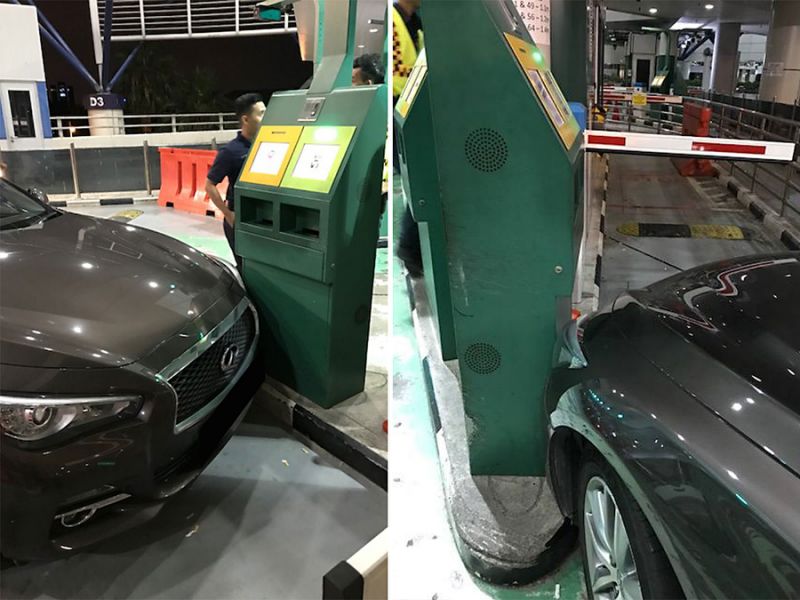 A man drove his car into the motorcycle lane and hit a passport scanning kiosk in Tuas Checkpoint late last month, said the Immigration and Checkpoints Authority (ICA).

In a Facebook post on Monday (12 February), the ICA said its officers observed that the 49-year-old male Singaporean “reeked of alcohol” at the time of the accident on 22 January.

The man was later referred to the Singapore Police Force.