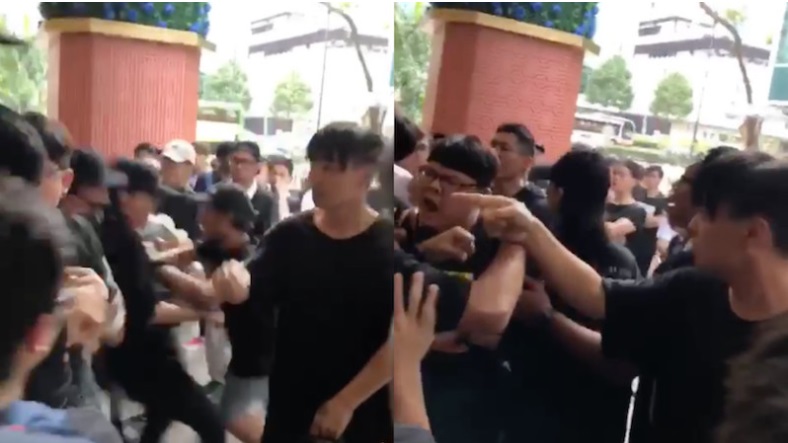 Some very passionate fans of the new Adidas collaboration with Pharrell Williams got their excitement doused last Friday at the launch in Pacific Plaza — all because of a fight that broke out while the crowd was waiting in line to enter the Adidas Originals store.

According to The Straits Times, the scuffle happened around 8:20am, when someone allegedly attempted to cut the queue. Upset fans decided that no one should come between them and their Adidas by Pharrell Williams – Hu Holi Blank Canvas collection, so things got pretty rowdy. Especially since each customer could only purchase one piece of apparel and one pair of footwear.

Anyway, flared tempers eventually died down after the mall’s security officers contained the fight and police officers responded to the scene. No injuries were reported, and the store eventually welcomed shoppers in at 10am.

Of course, this isn’t the first time Adidas fans have made the news while queueing for a limited edition collection. In November 2016, the crowd got a little confused after some waited outside the Adidas Originals store for more than 36 hours in anticipation of the Bathing Ape collaboration, only to be lost in the chaos when an “official” queue was set up.