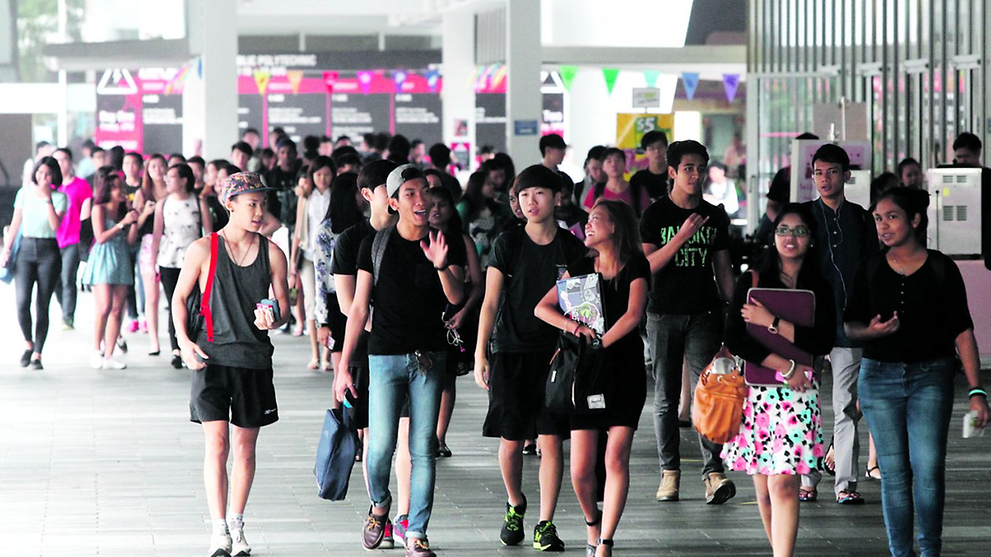 A shift in employment trends has led to fewer ITE and polytechnic graduates in full-time employment, with more choosing to study further, or engage in part-time and freelance work. (Photo: TODAY)

SINGAPORE: Fewer polytechnic and ITE graduates are engaged in full-time employment compared to some ten years ago, revealing a shift in the choice of employment among these graduates.

Senior Minister of State for Education, Janil Puthucheary said this in Parliament on Tuesday (Feb 6), in response to a question from Non-Constituency Member of Parliament (NCMP), Leon Perera.

He said the Ministry surveys employment rates of polytechnic and ITE graduates every year, six months after they complete their final examinations.

Dr Puthucheary said the number of polytechnic and ITE graduates who reported they were in full-time permanent employment fell from 77 per cent in 2007 to 58 per cent in 2016. This is a 19 percentage point decrease.

In contrast, he said the number of graduates who choose to go into freelance, part-time and temporary work has gone up. Elaborating on the figures, Dr Puthucheary said: “About half of the decrease is due to students choosing to do part-time work while they prepare for further studies”.

Indeed, he cited MOE figures showing that the number of ITE and polytechnic graduates choosing to further their studies has gone up by 10 percentage points “over the last ten years”.

The other half of the decrease is due to graduates choosing not to engage in full-time permanent work.

“They could be doing freelance work, or have other reasons to lead them to choose to work part-time or take up temporary employment,” Dr Puthucheary said.

He said about one percentage point represents an increase in those who are doing part time work involuntarily or still looking for a job.

Still, he said employment rate has remained high. Apart from fluctuations due to the performance of the economy and job market, Dr Puthucheary said around nine in ten graduates found jobs.

He said his Ministry would undertake an “in-depth” study into these trends, to understand “the underlying forces driving the decisions of students”.

Mr Perera also asked if technical jobs typically taken by polytechnic and ITE graduates were at risk amidst a global focus on automation, robotics and artificial intelligence (AI).

“Our preliminary analysis and information we have suggests that the trends are reflective of the behaviour and aspirations of students as well as opportunities that are being made available rather than a specific push as a result of factors described by the Member,” Dr Puthucheary said.

“But we will continue to study the matter to ensure whether there are factors we can address to benefit the students as best we can.”

Dr Puthucheary’s response comes some two weeks after a survey by the five polytechnics revealed that the employment rates for fresh polytechnic graduates dipped to an all-time low since the survey was first conducted.