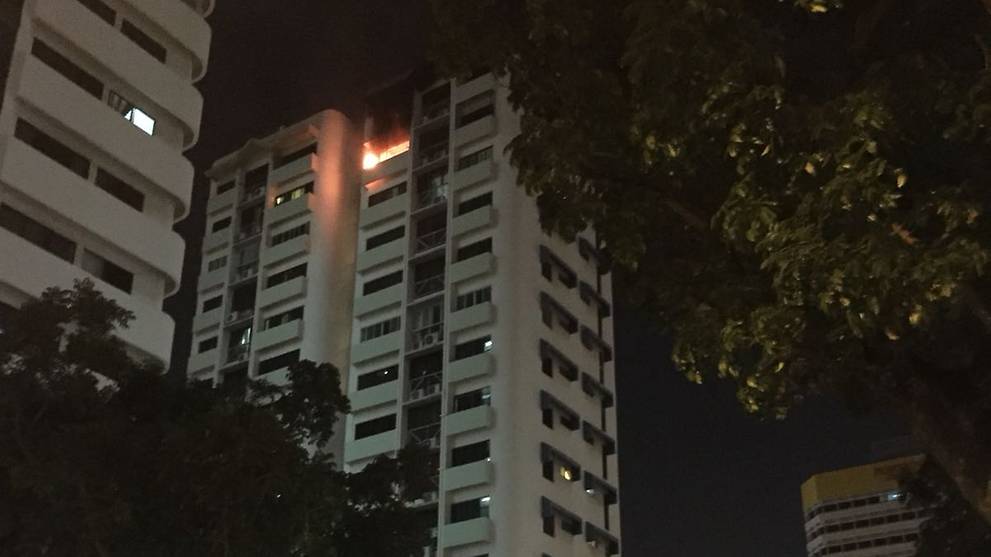 Fire breaks out at Waterloo Apartments, 1 taken to hospital

A fire broke out in a unit at Waterloo Apartments. (Photo: Jeffery Ho)

SINGAPORE: A fire broke out in a 15th-storey unit at Waterloo Apartments in the Bugis area on Wednesday (Feb 14) night.

A Channel NewsAsia reader who was in the area said he heard an "explosive sound". Photos and video show flames and smoke emanating from the window of an apartment as sirens sounded.

The Singapore Civil Defence Force was alerted to the incident at around 9.25pm. (Photo: Jeffery Ho)

Three occupants in the unit at the time of the incident evacuated before the authorities arrived, said the Singapore Civil Defence Force (SCDF).

One of them was taken to the Singapore General Hospital due to smoke inhalation.

According to SCDF, they were alerted to the incident at around 9.25pm.

The fire involved the contents of a bedroom but the cause of the fire is under investigation, said SCDF.