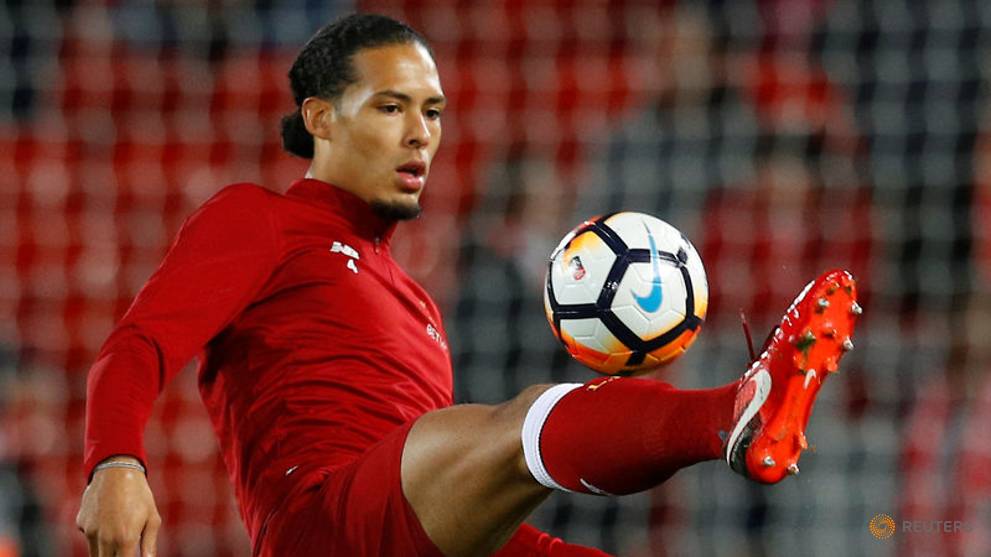 MANCHESTER: Virgil van Dijk has lived up to his billing as the world's most expensive defender in his short Liverpool career, but shutting out a desperate Manchester City in the second leg of their Champions League quarter-final on Tuesday will be his biggest test yet.

Runaway Premier League leaders City could line-up with the most expensive defence ever assembled for their rescue mission, but they may regret letting Van Dijk get away if they fail in their mammoth task to overturn a 3-0 first-leg deficit.

Liverpool beat off competition from City to sign Van Dijk for £75 million (US$106 million) in January from Southampton, six months after their first attempt to land the Dutchman failed.

Jurgen Klopp was much-criticised early in the campaign for refusing to splash out on a back-up option to Van Dijk as Liverpool's chances of challenging City for the title vanished quickly due to defensive deficiencies.

However, the German's patience to get his prime target has been rewarded as Van Dijk has spearheaded a turnaround in Liverpool's ability to keep opponents at bay.

"What we need at Liverpool are these kind of players who are leaders," said Klopp recently on Van Dijk's influence.

The Dutch captain will be examined to the full at the Etihad, though, where Liverpool lost 5-0 earlier in the season.

Klopp's men were also thrashed 4-1 by Tottenham and involved in thrilling 3-3 draws at Arsenal and Sevilla as they were routinely torn apart on their toughest travels before Van Dijk's arrival.

Often overshadowed by the prolific front three of Mohamed Salah, Roberto Firmino and Sadio Mane at the other end of the field, Liverpool's improvement at the back is not down to Van Dijk alone.

All those early-season collapses on the road also came prior to Andy Robertson and Trent Alexander-Arnold establishing themselves as Klopp's first-choice full-backs.

Even Van Dijk's signing was financed by the £142 million sale of Philippe Coutinho to Barcelona in January.

By contrast, Robertson was a £10 million pick-up from Hull City, who were relegated from the Premier League last season, whilst Alexander-Arnold has been at the club since the age of six.

Alexander-Arnold was constantly targeted by City in the first leg up against the pace and trickery of £37 million German international Leroy Sane.

Yet, rather than being intimidated by the opposition, or the frenzied atmosphere of Anfield on a big European night, the 19-year-old right-back produced the performance of his career to date in nullifying Sane and winning man-of-the-match.

"It's really pretty rare that Sane had pretty much nothing for finishing, making goals, stuff like that," said Klopp afterwards. "It was outstandingly good, to be honest."

Patience was also key with Robertson. The Scot found himself sidelined for the majority of the first half of the season until an injury to Alberto Moreno in December handed him a run in the side.

"He opened the door with open arms and explained what I needed to improve. He also said I needed time," Robertson told the Daily Mail recently on a meeting with Klopp days after he had watched Liverpool taken apart 4-1 at Tottenham.

"I knew then what I had to do. I used it as motivation to get better and put the time in training so, when a chance came, I'd be the most prepared I could be to go and take it."

Five-time winners Liverpool have waited a decade to get back into the Champions League semi-finals. But as Van Dijk shows, good things come to those who wait.