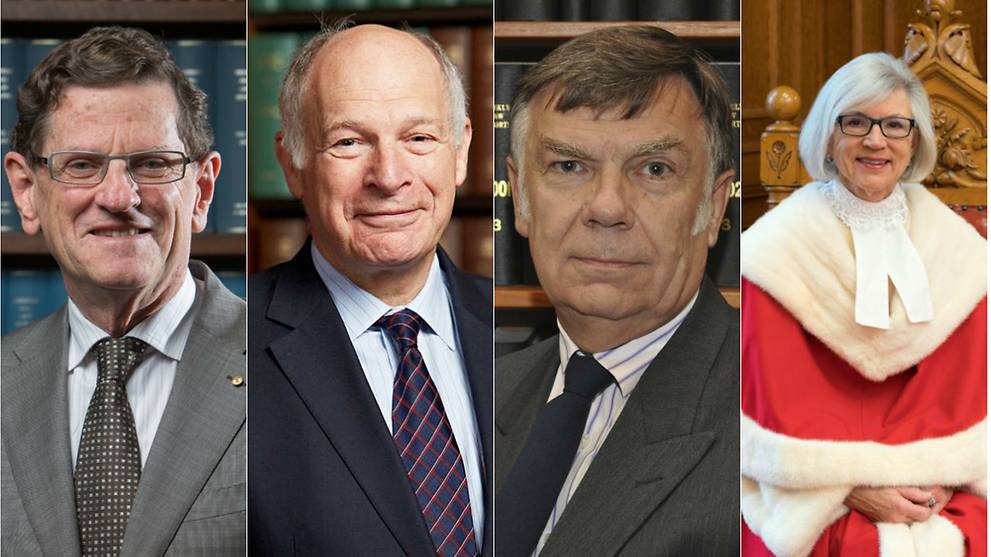 SINGAPORE: Four new international justices have been appointed to the Singapore International Commercial Court (SICC) for a period of three years, said the Prime Minister's Office (PMO) in a statement on Wednesday (Jan 3).

Their term starts on Friday and they will be sworn in at the Istana on Monday.

The newly appointed judges are: Justice Robert Shenton French from Australia, David Edmond Neuberger and Jeremy Lionel Cooke from the UK, as well as Beverley Marian McLachlin from Canada.

Two of them were former chief justices in their respective countries.

Justice Robert French served the Federal Court of Australia for about 22 years before being appointed the Chief Justice of Australia in 2008. He retired from the position and went on to be a non-permanent Judge in the Hong Kong Court of Final Appeal.

Beverley McLachlin is the longest serving Chief Justice of Canada after serving 28 years in the Supreme Court. She is currently a member of the Queen's Privy Council for Canada.

Justice Neuberger was president of the UK Supreme Court from 2012 to 2017, and has an extensive amount of experience in various aspects of law, said the PMO.

As for Justice Cooke, he served as a High Court Judge on the Queen's Bench in the Commercial Court for 15 years, before retiring in 2016. He is currently an International Judge with the Dubai International Financial Centre.

The Singapore International Commercial Court was launched in January 2015 to grow the legal services sector here, building on Singapore's reputation of having a world-class judiciary. It was established to provide parties with international commercial dispute resolution.

With the new appointments, there will be 15 international judges at SICC. Eleven of them will be reappointed for another three years, said the PMO.

Justice Irmgard Griss, whose term expires on Jan 4, will not be reappointed as she has been elected to the Austrian Parliament.