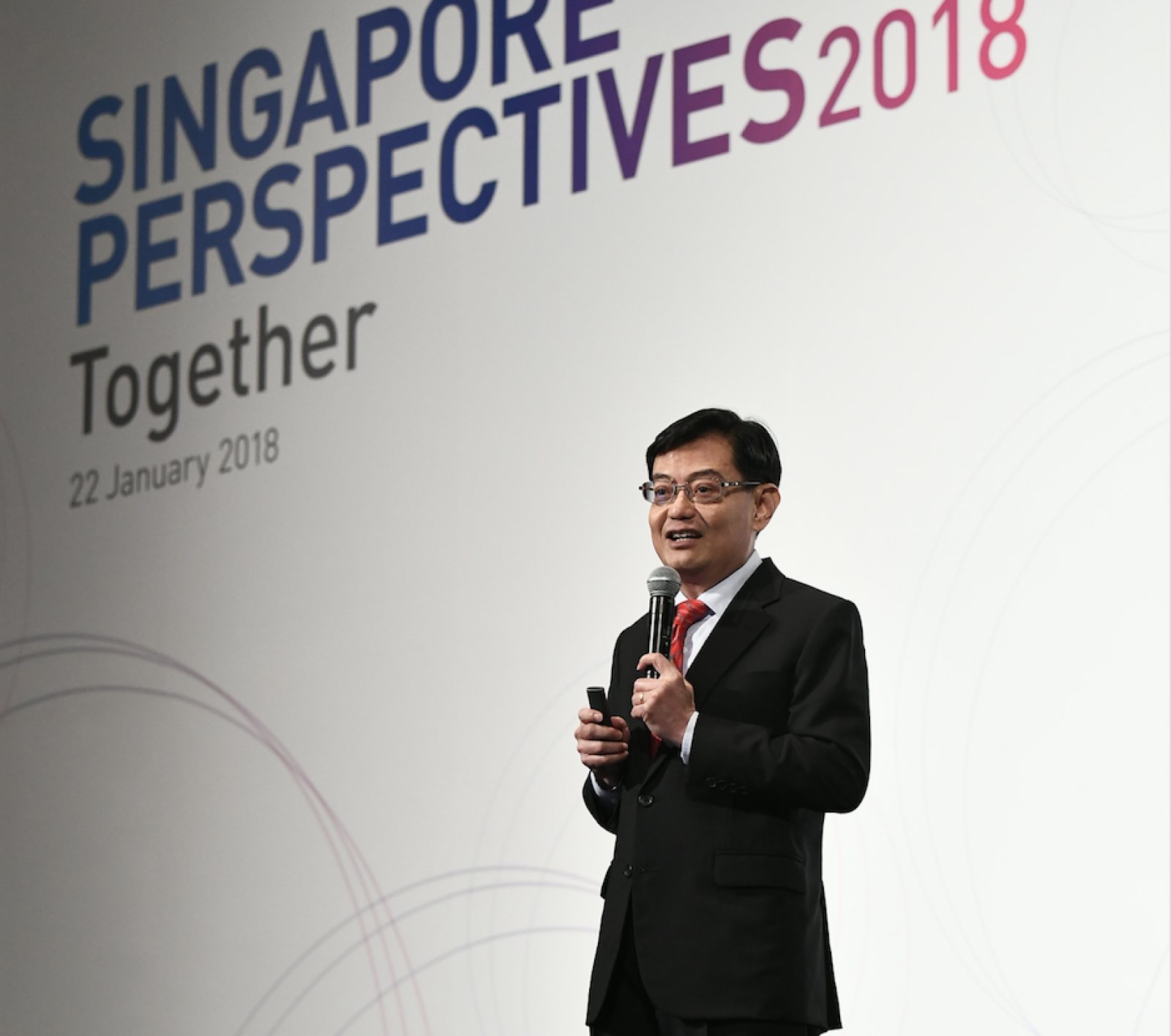 For those of us who have been dreaming of tasty new goodies in the upcoming Budget Statement, Minister for Finance Heng Swee Keat has poured cold water on those dreams.

Speaking at the Singapore Perspectives conference organised by the Institute of Policy Studies on Jan. 22, he said:

“But I do hope, as I’ve said, that we do not look at it as a tax increase or a tax decrease. We do not see the budget as whether goodies (are) given out. Because then I think we are missing the point of the budget.

The budget is not about giving out goodies per se, it is about how we channel resources for the long-term future of Singapore. It is a strategic plan, it’s not Santa Claus coming out around Christmas to give everyone something and making everything feel good. Or coming out to rob somebody. Neither am I pretending that this is Robin Hood doing great things. But rather I think this is a fairly serious set of plans for us to think about. (Where) is it that we as a country, as a people, want to go together. Going forward.”

Earlier in his speech, Heng explained how social spending had increased since FY2007, and that it now formed the bulk of the government’s expenditure.

Heng also shared how revenues had increased to keep up with expenditure, including a huge contribution from our reserves. But he pointed out that without this contribution, taxes would have already been hiked to meet the rising demand for social spending.

Heng said that there are two factors that every economist and taxman takes into consideration.

“Efficiency as in, is this the best way to collect the taxes, would it create such distortion that it will lead to a misallocation of resources in our country? It will lead to a diminishment of efforts, it will take away incentives for people to work and so on.”

“Is it fair and equitable? And that is an issue which has more to do with judgment, how well we split it. And I have to say there are trade-offs, between the short run and the long run. In the short run, it may appear unfair there’s such a tax being put. People may feel that “This is not fair!” But in the longer run, it may be more efficient, and in fact a more efficient tax may turn out to be more equitable. The entire pie grows.”

Heng mentioned that he had the opportunity to discuss the question with the other finance ministers “in the region” as well as those of both China and India, two economic giants.

And every time, the same two principles of efficiency and equity came up, regardless of the difference in the size of the economies they helmed.

Heng also pointed out that developments elsewhere in the world will affect policy-making in a comparatively small and open economy like Singapore’s.

He gave the example of the recent cut in the US corporate tax rate passed by the US House and Senate and signed by President Donald Trump.

“Everything that we do, we have to have a global reference. What else are other people doing? I don’t think we can say “Let’s increase corporate taxes by X amount” when the US has just slashed its taxes, right?”

Perhaps realising that some people might read too much into what he said, he hastened to clarify that this did not mean there would definitely be no change to the corporate tax rate in the upcoming Budget Statement.

Heng said he was merely using this as an example of how Singapore operates in an increasingly connected world.

Perhaps in reference to the controversy over using social influencers to promote the Budget, the moderator had a follow-up question:

“How are you going — what do you think we need to do differently to sell this message to the public? The ballot box and the political downsides which economists don’t have to worry about.”

But anyone hoping for a comment on the issue was left disappointed. Heng stuck to safe waters, saying that the Budget was about striking a balance.

“It is very easy for any single group to say “Please give me more.” But giving me more means I either take more from somebody, or I give less to somebody. The book has to balance. And I must say that you know, our founding generation of leaders have been very wise to build very hard measures into our budget process. To make sure that future finance ministers don’t just fiddle with all these numbers and you know, just to look good.”

Heng concluded his answer by saying that he hoped he could convince people that he and his team were “doing the right thing”, because the Budget was not just about one election or another, but the future.

Well, it certainly doesn’t look like we’ll be getting any oversized hongbao for this Chinese New Year festive season from the taxman.

True. You are just a stroke patient waiting to kick the bucket

you are just as motal as us. and you joined the wrong party.