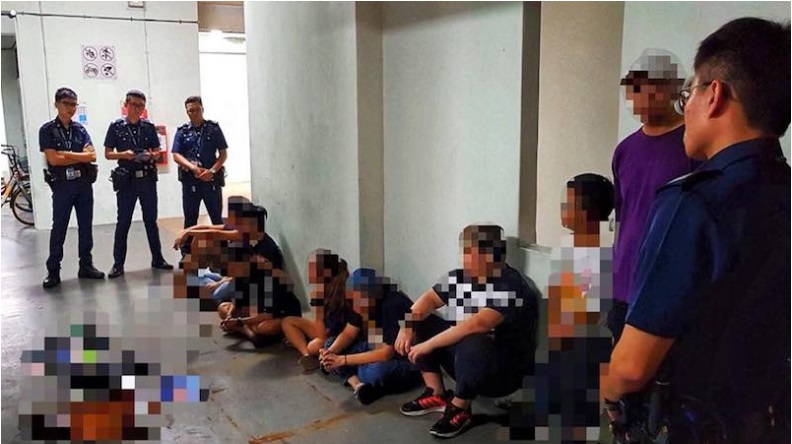 Hougang cops crack down on gang activities; proclaim to be the only gang that matters in the neighborhood

No strangers to having a bit of fun on their Facebook page, the officers of Hougang Neighbourhood Police Centre (NPC) recently proclaimed to be the biggest gang in the block in a post directed against hooliganism.

The only gang and Big Brother (gang boss, in Ah Beng parlance) in Hougang is the police, they jokingly warned.

The story is this. On Wednesday night, police were alerted to a case of a possible brawl brewing in the vicinity of Hougang Avenue 9. There the cops found eight suspects conducting a “settlement talk” — which is basically members of rival gangs meeting up to resolve a dispute, one that usually ends in a fistfight. They were placed under arrest swiftly, preventing them from escalating into violence.

“Here in Hougang, there is only ONE ‘Gang and Big Brother’ ie. call sign Hougang NPC and we will never allow anyone to disrupt the peace and serenity within our neighborhood and estate,” they wrote on Facebook. Such jokers.

Of course, the implications of the cops calling themselves gangsters as well as Big Brother (as in, the totalitarian figure of surveillance in 1984) is pretty problematic, but hey, let them have a bit of fun. Plus, it struck a chord with the public — why else would there be over 3,000 shares on such a simple post?

Good job! Hope police will get hold of all of them in other neighbourhood too if any...