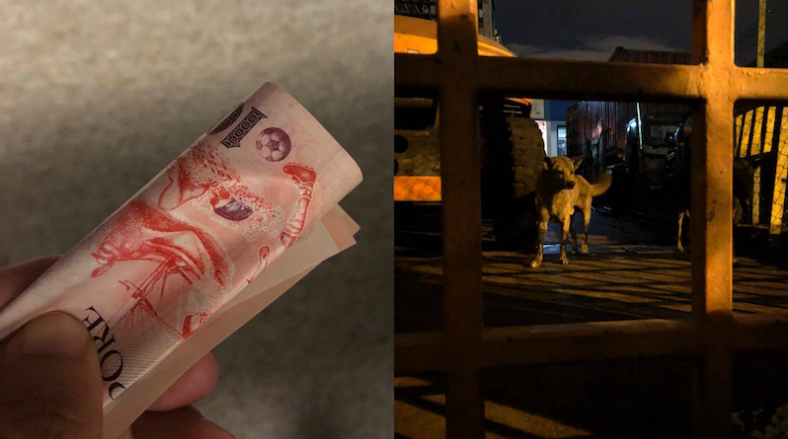 In an emotional incident recounted by Hope Dog Rescue, a foreign worker insisted on donating S$10 to the volunteer animal welfare group to buy food for stray dogs. Ten dollars may not mean much to some of us — maybe two cups of atas coffee or a small meal at a cafe — but as the group explained, to a migrant worker it could mean a month’s worth of school fees for his child back home and a day of laboring under the scorching sun.

It was during one of Hope Dog Rescue’s regular stray feeding sessions last Saturday that the unnamed man approached them to press his note into their hands. As it was the first time a worker had wanted to donate money instead of offering canned food or medication for the canines, the group initially rejected his gesture.

But the man wouldn’t take no for an answer, even tearing up as he spoke to the volunteers, expressing his guilt for not being able to do more for the dogs at the factory. His words touched them, and they eventually accepted his scrunched up note with gratitude.

“Each fold in the ten-dollar note seemed to represent each day of guilt that went by for the worker when he could not visit the doggies to feed them personally,” the group said on Facebook. “We were touched beyond words. Kindness writ large in the worker’s little gesture.”

Netizens commended the man for his heart-warming gesture, and some were moved to offer their efforts to help feed the strays, to which the group said they welcomed donations of dog food, as well as volunteers to help feed the strays on Saturday nights. Interested parties can email Hope Dog Rescue at hopedogrescue@singnet.com.sg.

Alternatively, you can purchase Hope Dog Rescue’s 2018 calendar — at $10, it features stories of the group’s rescued dogs, and all proceeds will go to its rescue expenses to feed homeless dogs and cats. 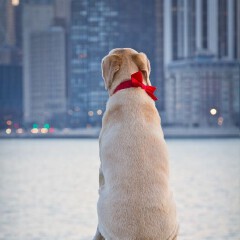 oh boy,i am totally so so "malau"..started "tearing" up...reading this article..bravo to this "amazing" foreign worker and the voluteer group...sigh..jus when i am about to give up on "humanity"...u guys really touch my heart! bravo! if only we had more kind people like u guys! thank u!keep up the good work...i will be donating to yur animal rescue group soon!

Would feeding the stray dogs lead to more strays? Is there a better alternative? Kudos to the worker who donated

This is something beyond words and he deserves total respect from all of us for his kind gesture towards the animals.