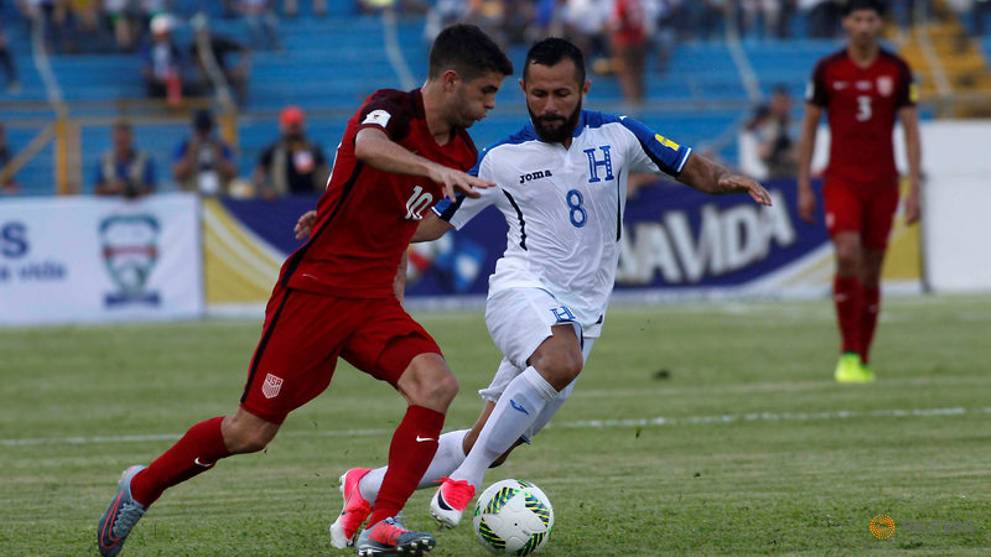 A late equaliser from substitute Bobby Wood earned the United States a valuable point after a 1-1 draw against Honduras in a World Cup qualifier in San Pedro Sula on Tuesday.

REUTERS: A late equaliser from substitute Bobby Wood earned the United States a valuable point after a 1-1 draw against Honduras in a World Cup qualifier in San Pedro Sula on Tuesday.

A well-taken first half goal from Honduras midfielder Romell Quioto gave the hosts a chance to earn all three points in front of an enthusiastic crowd on a typically humid afternoon at the Estadio Olimpico Metropolitano.

Striker Wood, however, popped up in the 85th minute to poke the ball home from close range in a congested box after Honduras goalkeeper Luis Lopez had done well to parry a free kick.

The result left the U.S. and Honduras both on nine points after eight matches in the CONCACAF qualifying group, known as the Hexagonal.

The U.S. were in third place on goal difference behind Mexico and Costa Rica but Panama, who have seven points, could move above them after they host bottom team Trinidad and Tobago later on Tuesday.

The top three teams in the group will qualify for Russia with the fourth-placed nation going into a playoff against either Australia or Syria.

A defeat would have left the U.S. in a perilous position with two qualifiers remaining.

"We have a lot of work to do but it keeps it in our hands now," U.S. striker Jordan Morris said.

"Conditions were difficult. We knew we had to get a result down here. We worked really hard the whole game.

"Would have loved three points but a point is big for us down here. I love playing with Bobby. He's a good finisher."

American coach Bruce Arena had made seven changes to the line-up that started the 2-0 home loss against Costa Rica last Friday.

Honduras dominated the first half and took a well-deserved lead in the 27th minute when Quioto seized on a mistake by American central defender Omar Gonzalez and curled a right-foot shot past goalkeeper Brad Guzan.

Woods came on with less than 20 minutes remaining and made no mistake with the one good chance that came his way.

(Reporting by Andrew Both in Cary, North Carolina, editing by Nick Mulvenney)