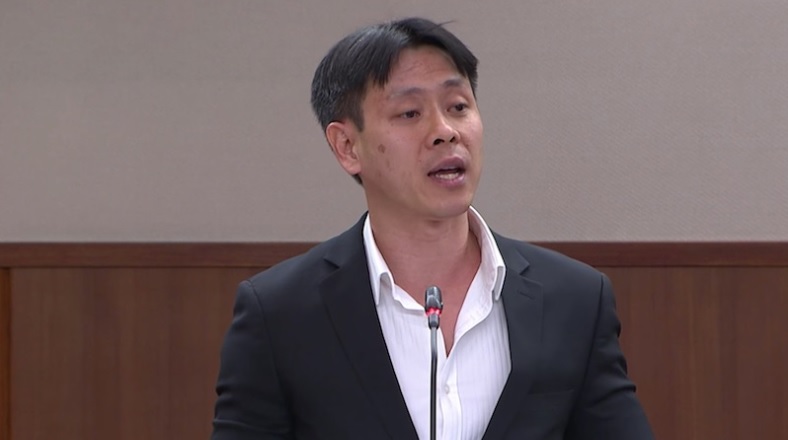 Member of Parliament (MP) for Nee Soon GRC Louis Ng is one of the more likeable and woke politicians representing the ruling People’s Action Party (even though a recent photo shoot featuring him dressing up as a homeless person might be problematic for a number of reasons), and yesterday was another moment of candid honesty from the man.

In Parliament, Ng focused on how public service can be strengthened by dispelling the long-held belief that folks will get in trouble somehow if they say anything (even just a little) against their superiors in the governmental sector.

“This culture of being afraid, of keeping quiet, of not rocking the boat is detrimental to the public service, to any organization and most of all detrimental to Singapore,” the MP argued.

And for the most part, it is true — Singapore is known as a nanny state that often suppresses dissenting thoughts and individual opinions to maintain order, maximum efficiency, and continued economic excellence. So it shouldn’t come to a surprise that the public service is filled with yes-men (and women) who are too reluctant to provide honest constructive feedback or go against the grain, fearing reprisal from their bosses who are powerful political office-holders.

In any case, MP Ng’s lengthy speech about having freedom of expression is a needed discussion in Parliament, especially so from a member of the ruling party. You can read his whole speech here, and check out some highlights below:

On the crippling fear of speaking up

…there is a general consensus that people will get into trouble if they speak up in the public service.

They fear that they will be labeled as troublemakers and that their bosses will get angry. They fear it will affect their appraisal and their promotion.

I’ve made it a point to publicly say that I didn’t get into trouble for speaking up, that this fear is mythical. Having said that, this fear of speaking up, whether we want to acknowledge and accept it, is very real.

On why contrarian views are needed

A panel of academics and former senior civil servants echoed the same sentiments at a forum last year, “that Singapore needs more people to speak up and challenge authority. They lamented the reluctance of civil servants to pose contrarian views when facing political office-holders.”

This fear of showing this ‘divine discontent’ was also present in my meetings with public servants. I remember one sharing his views in the meeting, which was contrary to mine and halfway through he stopped and said “actually I’m feeling quite afraid of opposing your view, as you are an MP. And I realise that subconsciously I started my sentence by saying “with all due respect sir”, in hope that you will be less offended by what I was about to say”.

On how the current system can be revamped

To demolish this culture, we need to break our entrenched processes and bureaucracy.

We urgently need to cut the extremely long red tape that may be frustrating not just for members of the public but also our public servants. One suggestion from the public servants is a revamp of the appraisal system, which they feel prevents them from speaking up.

I suggest that we redesign the public service appraisal system by studying the 360 appraisal review used by the private sector in MNCs like Google and Alibaba. This will allow employees to review and grade their direct managers, resulting in a holistic 360 review, instead of just a one-way top-down appraisal system.

Again, many public servants I’ve spoken to fear a bad appraisal if they speak up, oppose their bosses’ views and challenge the status quo. Hence, they don’t speak up although their suggestions may in fact improve the lives of their fellow countrymen.

The current appraisal system does not incentivize risk-taking and innovation, and I suggest we change it. Urgently.

On the lack of motivation

Some public servants I met also told me directly that it is almost impossible to feel motivated to do more because mediocrity is rewarded. Status quo is a prized possession. They want to make a difference, which is why they joined the public service, but they do not feel empowered to do so.

There tends to be a very strict top-down hierarchy and things are done 100% by-the-book, so if you’re a young upstart who’s dreaming of doing great things, be prepared to know your place, shut up and just do what your boss tells you to.

Some people are happy to just be quiet and do as they’re told in exchange for a stable job with good pay and perks. But if you’re the type who wants to be a superhero and change the world, you won’t find the outlet you seek in the service.