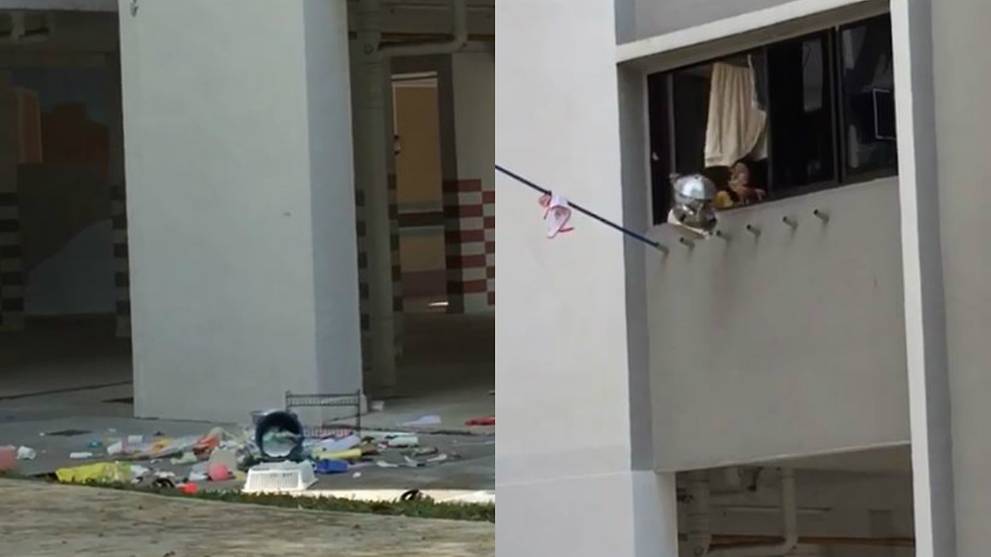 Screengrabs of a video circulating online which shows the maid tossing items out of a flat’s window.

SINGAPORE: A foreign domestic helper was arrested on Friday (Jan 19) for throwing items from a second-storey flat in Ang Mo Kio.

The police said they were alerted at around 2.30pm on Friday to the incident at Block 623 Ang Mo Kio Avenue 9. The domestic helper, who is 31 years old, was arrested.

Channel NewsAsia understands that no one was injured in the incident.

A video circulating on WhatsApp and social media showed the woman tossing items out of the flat’s window, including a rice cooker, kettle, pots and pans, and a bamboo pole.

One of several passers-by gathered near the block can be heard in the video calling the police.

One teh kor also need to use a full bamboo..better jail her

Maybe she is being abused n is trying to seek attention fr passerby.

For whatever reason, she is not able to control herself emotionally n rationally to seek help. Better send her back and cancel her work permit. 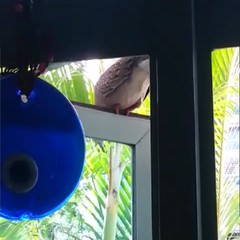 sometimes family problem n the employers problems n she can't take it so easy just way she become like this. I know that I'm also before new come to Singapore oh the grandmother so fierce n always get what she want from me but I already transfer. even I'm get sick also ask me to do hard work. can't rest 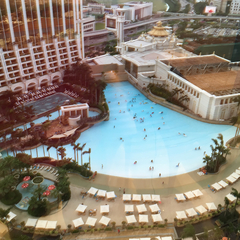 Employers treat them better will sure minimise such act 😊