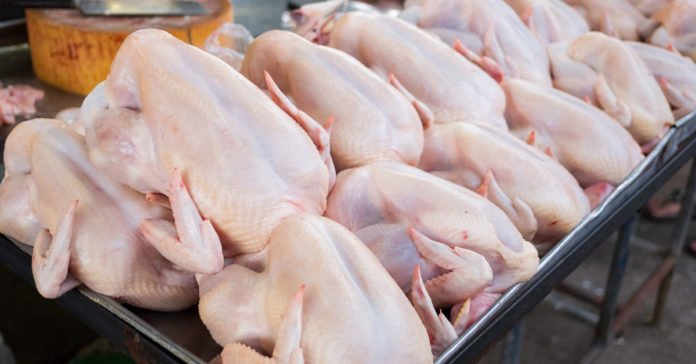 Here’s the introduction to this serious article: over 10,000 chickens were misappropriated. The stolen chickens can’t be recovered.

And also, you might be the one who’ve eaten the stolen chicken.

When you’re done with your laughing, inform me and we can come back to this article.

Au Yong’s job is to buy, sell and deliver chickens to customers.

Last year, two staff members from Hy-Fresh Industries spotted major discrepancies in the stock figures for the months of September, October and November. In other words, there were less chickens than usual.

The employees told their boss about the missing chickens, and Au Yong admitted that he’s the chicken stealer.

The boss then made a police report, and more information about Operation Chicken Heist was revealed.

FYI, the selling price of a whole chicken in NTUC Online is about $4.65.

Au Yong didn’t take the chickens and makan all of them at home. Instead, he sold them to other people (third parties) by cartons of 10 chickens per box.

And he even misappropriated five cartons of chicken wings.

The chickens are probably now in people’s stomach so they couldn’t be recovered. And Au Yong couldn’t make any restitution as he has used the chicken money to settle his gambling debts and repay loans that he had obtained from unlicensed moneylenders.

For stealing a grand total of 10,576 chickens and 5 cartons of chicken wings, Au Yong was sentenced to 16 months’ jail.

Lesson of the day?