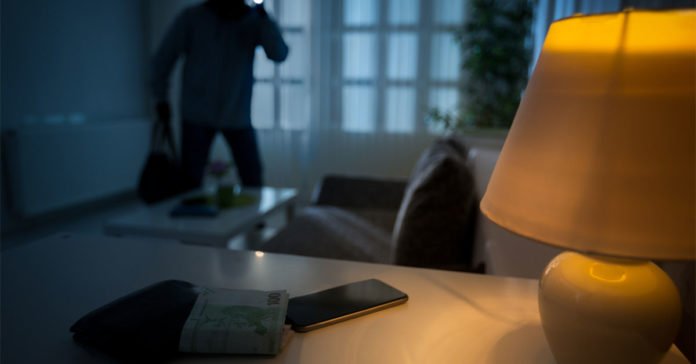 Say, if your girlfriend was “unfairly” dismissed from her job, what would you do? Comfort her in her time of weakness? Help her keep a lookout for a new job? Or decide to steal for revenge on her behalf?

Unfortunately for this young man, he decided to go with the third option: to steal for revenge. And let’s just say…things didn’t end well for him.

Man Decides To Steal For Revenge

Daniel Ang Kok Tong lost his mind when he heard about his girlfriend’s unfair dismissal from her company.

Ang decided that they needed to be taught a lesson.

And he decided to go about it in a straightforward way. By robbing them blind.

Ang told another man, Cai Weixin, that he wanted to break into YouSee, his girlfriend’s former company in June 2019.

Ang said that he had the required tools and needed Cai to be his lookout.

When the duo reached the office, Ang used a hammer and screwdriver to break in. With him were three duffel bags and two plastic bags to carry his loot.

He found the power supply to the CCTV system in the office and switched it off, as well as unplugging all CCTV wire connections.

Then, he went wild.

He took about 500 optical frames, a laptop, a mobile phone, a modem and more from the office.

But he wasn’t simply satisfied with stealing for revenge. There’s something else he has to do.

So he took out a can of orange spray paint and sprayed the message: Augustine O$P$ on the glass window and the office’s whiteboard.

The duo then quickly left the crime scene.

Two days later, when Mr Augustine Chew Cheng De came into the office, he noticed that the doorknob was “loose”.

Also, he had noticed the message left on the window and whiteboard and lodged a police report.

He was charged with:

Breaking into the premises to commit theft with another man

One charge of mischief

The prosecution asks for at least 15 months’ jail, pointing out that he initiated the act and took efforts to avoid detection by unplugging the CCTV system.

Ang’s lawyer said that his client is “remorseful” and recently married in December 2019.

He was jailed for 15 months.

Cai was sentenced to eight months’ jail for his part in the robbery.

Unfair dismissal in Singapore does happen from time to time. And it’s good to show support for your loved ones but do it in the right way.

After all, while this might make your girlfriend feel marginally better, the fact that you’re going into jail because of her is going to take away whatever satisfaction she has for the “vengeance”.

And if you felt that anyone you know was unfairly dismissed, go through the right channels instead of becoming a vigilante.

Here Are Some Helpful Links:

Some guidelines on how to deal with unfair dismissal