A screenshot from the video of the incident.

SINGAPORE: A man armed with a sickle was arrested after he was involved in a stand-off with police officers at the Woodlands Checkpoint on Friday afternoon (Jan 5).

Police said the 43-year-old man had stolen the car from a woman along Upper Bukit Timah Road. He then crashed the car into a lamp post just before Woodlands Checkpoint and was arrested at 1.45 pm.

The man was suspected to be under the influence of drugs. Controlled drugs, a knife, an axe and a sickle were found in his possession. He was arrested for armed robbery, possession of offensive weapons and suspected drug-related offences.

A video of the incident was uploaded onto Facebook by user Shuan Tan. She said her husband was at the checkpoint and witnessed the incident, which happened around 1.30pm.

According to her husband, the man crashed the red-coloured car at Woodlands Checkpoint and started to "go crazy". The man then took out a sickle and started shouting at other drivers to get down from their vehicle.

When police officers told him to stop, the man did not respond.

In the video, the man was seen walking in an unsteady manner, holding a weapon in his right hand. A police officer was seen engaging him.

A subsequent video uploaded around 3pm showed numerous police officers at the scene, with the man subdued on the ground. 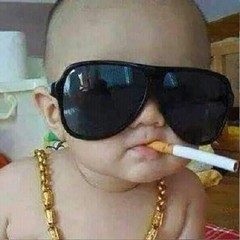 CYN is around the corner, folks. Please don't dig your own grave. Life's short, enjoy your life to the fullest...