He got into a fight with a security guard at a mall in Choa Chu Kang in March last year and the incident was captured in a video that went viral. Feeling upset over the video, Kester Tay Jun Wen drank heavily to forget his woes later in the same month. After drinking, Tay was involved in another scuffle when he attacked a cabby.

Tay, 25, was jailed eight weeks in the State Courts on Tuesday (2 January) after admitting to one count of fighting in a public place with security guard Krishna Esvarna Mohanlal Malu, 32, and one count of voluntarily causing hurt to taxi driver Lee Nyen, 63.

On 6 March 2017, Tay got into an altercation with Krishna while he and several colleagues were promoting slimming treatment vouchers at Lot One Shoppers’ Mall. Krishna told Tay to promote his vouchers inside the mall instead of at the entrance. They then got into a fight, with Krishna throwing the first punch at Tay’s face. Both of them claimed that the other party had instigated the fight with vulgarities and spitting.

Hey Mr Tay, you win that Taiwanese foreigner by 5 weeks longer jail term. She bit and hit cabby and abuse security guard too. She got 3 weeks niah

What caused this difference? Hahaha

Have to ask the judge.

There will nvr be an answer for us. But just observe the trend in the jail terms’ difference

Too free, nothing to do but to fight 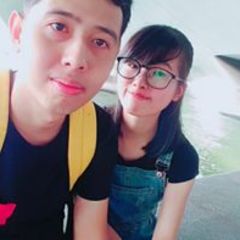 Good! Punish these people who think they can do whatever they like to people in the public!