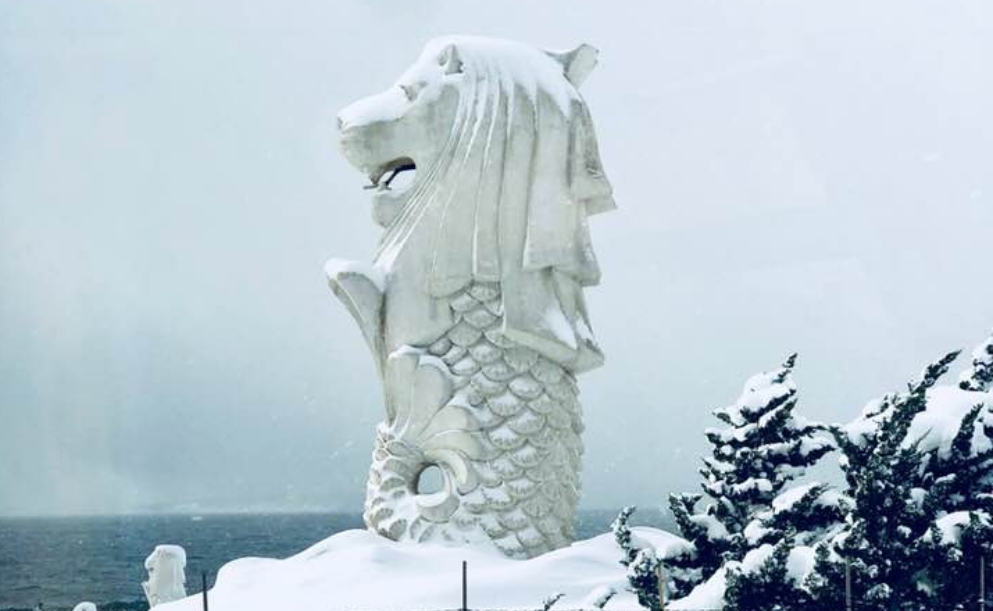 Merlion statues exist in Hakodate, Hokkaido but not as touristy as you’d expect

There are a bunch of Merlion replicas in Hakodate, one of the main cities in Hokkaido, Japan.

But this isn’t a new thing.

Merlions in Japan get spotted and highlighted occasionally on social media, such as when one became a Pokestop on Pokemon Go last year:

If you think Merlions in Japan are illegitimate cousins, well, it’s a legitimate thing.

A symbol of friendship

The late Masaru Yanagisawa, who was once the Honorary Tourism Consul of the Singapore Tourism Board (STB), and the Chairman of the Hakodate Singapore Society, brought Merlions — three of them — to Hakodate.

Hakodate City has had a long-time friendship with Singapore, which began in 1992.

There was a signing of an agreement between Hakodate International Tourism and Convention Association and STB to promote tourism to both areas.

In particular, Yanagisawa used the Merlions to introduce Singapore to the locals in Hakodate.

Obviously, his request was granted, and three Merlions, one big one and two smaller ones have been erected.

While a Wikipedia entry speaks of Yanagisawa having a trishaw in the hotel lobby and his bar serving a beer called “The Merlion”, along with the Singapore Sling, there seems to be little to no evidence that the trishaw and the drink offerings remain.

Over the years, the Merlions have reportedly been left without regular maintenance. They look weathered and are silently surrounded by overgrown grass.

One of the smaller ones had , according to a blog post in 2014, though a pictured the three Merlions as they should be, albeit being covered in snow.

Where to find it

Wanna check out one of the Merlions for yourself? You can head down to its , in a more quiet part of Nanaehama, which is still kind of out of the way, but at least you won’t jostle with hordes of tourists.

Despite the somewhat neglected Merlions, Hakodate has still very good relations with Singapore.

A Facebook post by the Singapore Tourism Board in Japanese commemorated a recent celebration of the 25 years of friendship between the Japanese city and our city-state.

They also highlighted the existence of the Merlion statue in Hakodate.

Even more recently, it seems like a Singaporean food fair is ongoing as part of the 25th anniversary celebrations, so it seems like the promotional efforts are still alive.

So, next time you’re in Hakodate, you might want to check out a little piece of home there and make these particular Merlion statues a little less lonely.

Or at least, you can enjoy awesome seafood and delicacies from home.