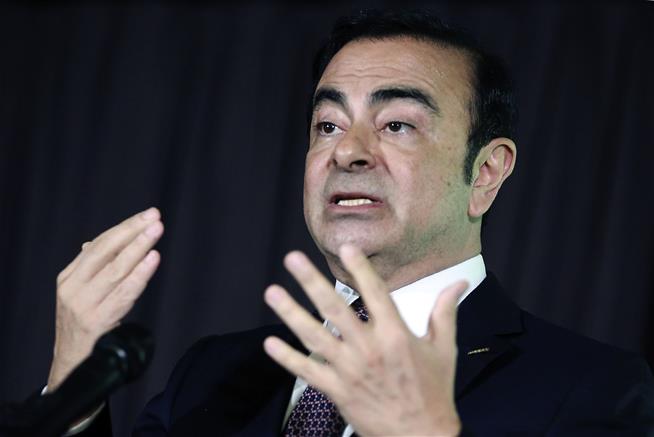 (Newser) – Things just went from bad to worse for the ex-head of Nissan. Already facing charges that he'd underreported his income while heading up the car company, Carlos Ghosn was arrested again Friday, while in jail in Tokyo, amid fresh allegations of a possible "breach of trust" regarding a financial investment from 10 years ago, reports the New York Times. Specifically, Ghosn is accused of moving to Nissan a personal derivative contract that had been hit with upward of $16 million in losses. CNN notes the new arrest dashed the hopes of getting out of jail for Ghosn, who'd just heard from a Tokyo court Thursday that prosecutors couldn't extend his detention on the underreporting charges; he'd hoped to get out from behind bars with bail before Christmas, but now that looks unlikely.