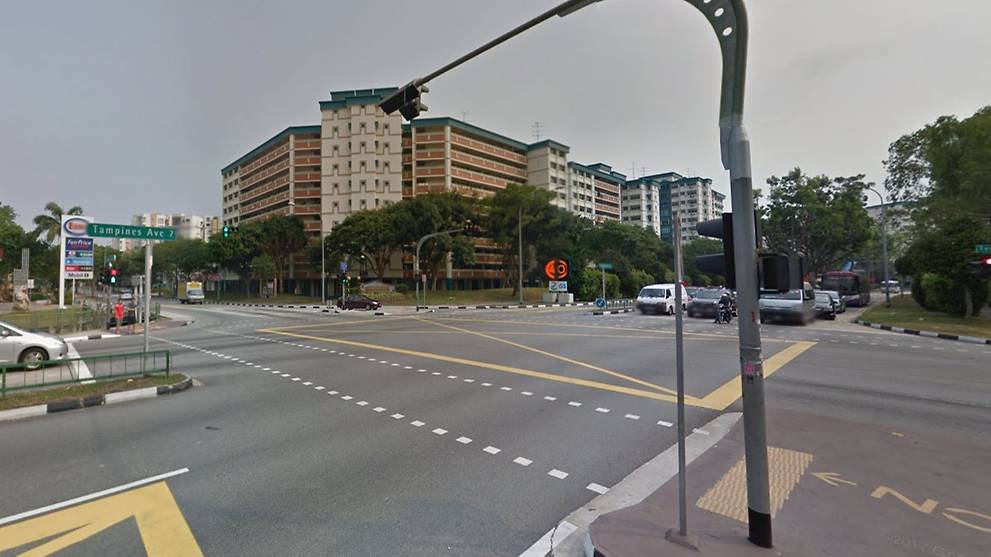 Screengrab of the Tampines Avenue 7 and Tampines Street 34 junction from Google Street View.

SINGAPORE: A 25-year-old motorcyclist was sentenced to three weeks' jail on Thursday (Jan 25) for running a red light and ramming into a car while his mother was riding pillion, causing her death.

The accident happened on Jan 22 last year, the eve of her 47th birthday.

According to court documents, the accident happened at the cross-junction of Tampines Street 34 and Tampines Avenue 7.

Karim’s bike collided with 29-year-old Lee Wenbin's car, which was making an authorised U-turn from the opposite direction - along Tampines Avenue 7.

An independent eyewitness confirmed that the traffic light signal – which was red with a right-turning green arrow – was in Mr Lee’s favour.After the accident, Karim’s mother was taken to Changi General Hospital unconscious. Despite surgery and intensive care unit treatment, her condition did not improve and she was pronounced braindead on Feb 2, 2017.

Deputy Public Prosecutor Jane Lim had sought a fine of S$8,000 and a driving ban of five years.

In mitigation, Karim said the accident dealt a “big blow” to his family, and pleaded for a minimum sentence.

He could have been jailed for up to two years and/or fined for causing death.

A moment of complacency/recklessness= a lifetime of REGRETS and sorrow 😨😰😱😭. Those looking at this news do spare a thought on this 🤔

Be lenient... He already paid for a life time guilt.

So sad! Unworthy death. A very painful lesson for running red light. May d mother's soul rest in peace. As for the rider, may God hv mercy on him 😔

That’s his mother... he should be very sad and regretted his acts..