In a media release, it highlighted how workers have to make sacrifices – either in terms of quality time with family or stretching their financial liabilities – when attempting to expand their skill sets or try out new careers.

This is particularly so for working parents who are also responsible for both their young and elderly dependents.

In its recommendation for Budget 2018, the labour movement outlined two areas that could be improved to help such working parents.

This is especially so for middle-income families, who are not able to access additional forms of assistance, it added.

The labour movement proposed that the basic child care subsidy be re-calibrated to keep up with rising fees over time to help middle-income families.

It also said that the current household income (HHI) and household per capital income (PCI) could be “increased in tandem” with rising HHI, which was S$9,023 in 2017, up from S$8,846 the year before.

It added that the latest review of the basic subsidy was done in 2008.

Currently, all eligible Singapore citizens children enrolled in centre-based care are eligible for a basic subsidy of up to S$300 per month.

More support should also be given to families with primary-school children who have to deal with the availability and costs of student care services.

The NTUC proposed that the government consider “subsiding working families up to the 50th percentile household income level”. This is to ensure that middle-income families can better manage after-school care costs, it said.

It specifically pointed out that the HHI and PCI could be increased so that more families could benefit from the subsidy.

Currently, subsidies are available only to families with gross monthly HHI of up to S$4,000 or household of PCI of S$1,000 or less through the ComCare Student Care Fee Assistance Scheme, which covers those with monthly HHI of 20th percentile and below.

NTUC said while the Ministry of Education has announced plans to set up a student care centre in every primary school by 2020, parents are for now having to place their children in privately-run centres and incur additional transport costs.

School-based centres, run by voluntary welfare organisations or commercial operators, generally charge less than S$300 a month while those outside schools can charge up to S$500 a month.

Mr Desmond Choo, NTUC Champion for Women and Family said that working parents are at “significant stages of their lives” where they have to manage parental duties and their careers.

He added that the government and industry partners should come together to “rethink, review and possibly recalibrate existing support nets that may not be as relevant” for working people.

This is particularly for middle-income earners “who are stretching their hard-earned dollars to meet the demands of multiple liabilities”, he added. 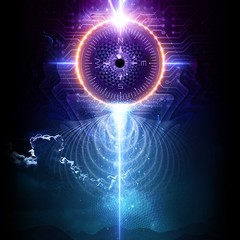 How do you categorize who is being classified as middle income earners? By gross salary, type of HDB flats you own, others, etc?