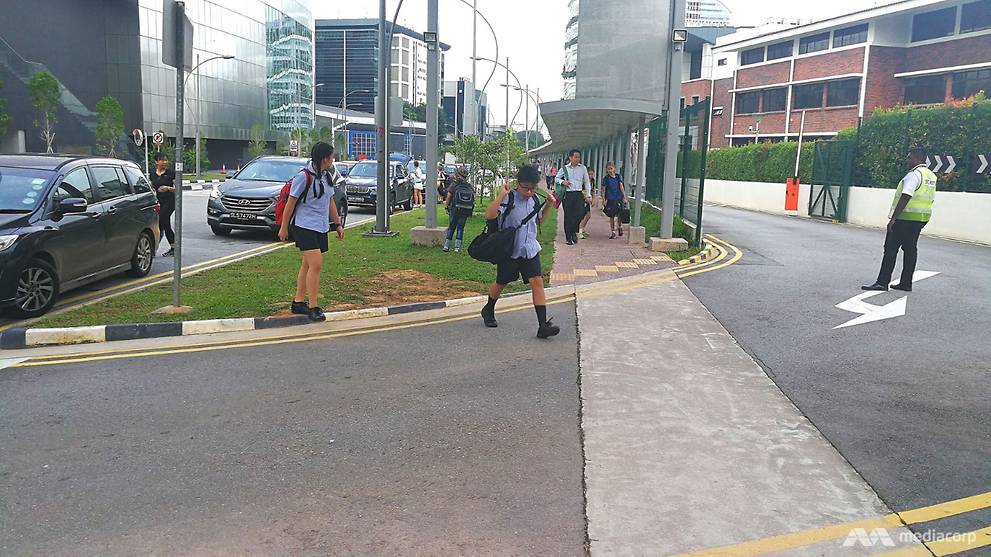 No attempted kidnapping of students from international schools: Police

SINGAPORE: The drivers who had approached students from international schools and asked them to get into their vehicles were not trying to kidnap them, but instead merely offering lifts to the students, the police said in a statement on Thursday (Jan 18).

That was established by the police following investigations into the two unrelated cases involving students from UWC South East Asia and Tanglin Trust School.

The police have established that these "were not cases of attempted kidnapping", they said in the statement. "In both cases, the occupants of the vehicles were trying to be helpful by offering a lift to the students."

On Wednesday, police said the male van driver in the first incident on Jan 11 that involved a student at UWC South East Asia had "no ill intent".

According to UWC South East Asia, one of its students was on her way home when she was "approached" along Dover Road. The man drove alongside her while she was waiting for the bus and told her to get into the van, but the student walked away instead and informed an adult.

It is understood that the 32-year-old man claimed he was offering a ride to the teen because it was raining. Police established there was no ill intent after speaking to the student, her parents and the man in question.

Police added on Thursday that the parents of the student have been updated on the findings and that they were "relieved that it was a case of misunderstanding".

The police also said that the second case involving the student from Tanglin Trust School, which happened on Jan 16, was also a misunderstanding.

A female bus attendant on a school bus from Tanglin Trust had noticed the student, who was wearing a school uniform, walking towards the school and offered the student a ride.

However, as the school bus did not bear the name or logo of the school, the student declined the offer, having earlier read a school advisory to be wary of strangers offering rides to students.

The police have since clarified with the student that no one had alighted from the school bus to persuade her to board it.

In a third incident involving a student from Dulwich College, which purportedly took place in December 2017, the police have engaged the college to advise the student to make a police report so that they can investigate the matter.

"The police treat such reports seriously. However, we urge members of the public not to speculate or spread unsubstantiated information which may generate unnecessary public alarm," the police added.