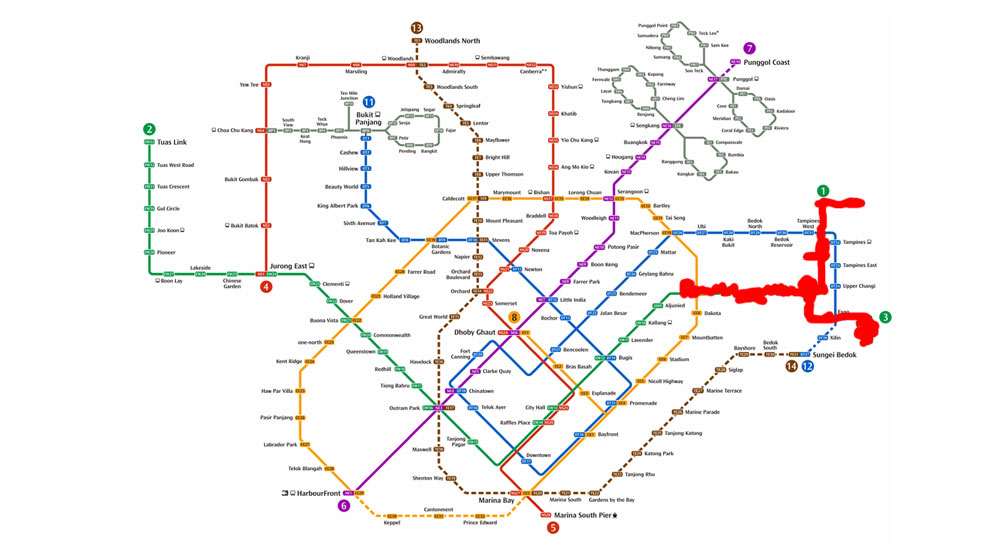 The affected stations run between Paya Lebar and Pasir Ris MRT stations, as well as Expo and Changi Airport stations.

There will also be early closures on Fridays and Saturdays at 11pm and late openings at 8am on Saturdays and Sundays.

In other words, train service on the eastern sector of EWL will be affected on all weekends in January 2018, as maintenance and renewal works on the rail line continue.

Two shuttle bus services — one between Aljunied and Pasir Ris, and another between Expo and Changi Airport — will be available.

Trains will also come at longer intervals on the North-South Line late at night and early in the morning on weekends.

This is because MRT train services between Orchard and Marina South Pier stations will be operating on a single track on late Friday and Saturday nights, and early Saturday and Sunday mornings.

Train services will therefore operate at longer intervals of between 10 to 15 minutes before 7am and after 11pm on certain days.

At these times, there will also be no service between City Hall and Raffles Place MRT stations on the NSL.

Commuters travelling between these two stations will need to use the EWL, or use other MRT lines or bus services.

Detailed information on the exact train service timings and alternative transport arrangements will be made available soon.