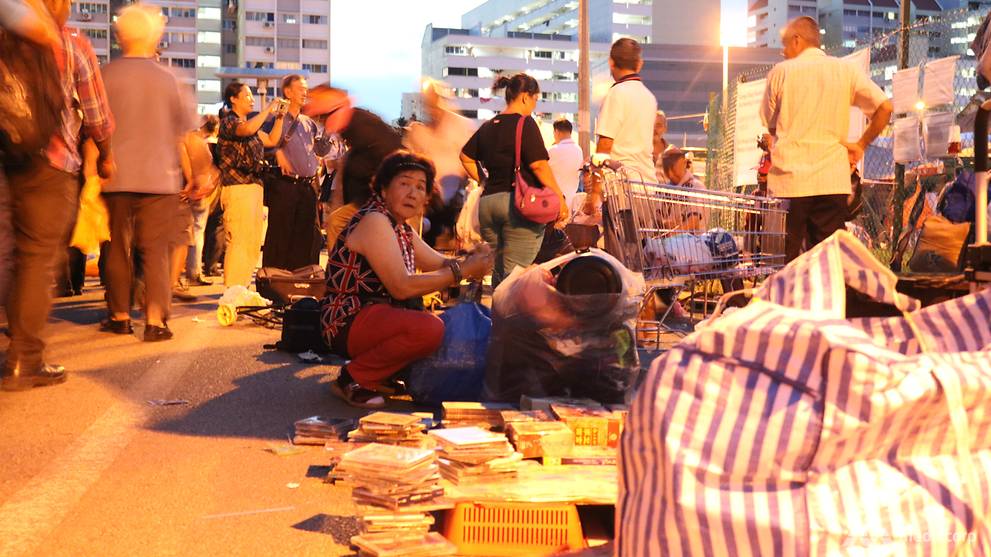 A vendor packing up on the last day of operations at Sungei Road Thieves' Market. (Photo: Aqil Haziq Mahmud)

SINGAPORE: The circumstances of when a permit is required to call for signatures in areas outside Speakers’ Corner for the purposes of a parliamentary petition are “fact-sensitive”, said parliamentary secretary for the Ministry of Home Affairs Amrin Amin.

He was responding to a question from Workers’ Party Member of Parliament (MP) Pritam Singh in parliament on Monday (Feb 5). Referring to such incidents outside of Speakers' Corner, Mr Singh asked how the police exercises its discretion in requiring some calls for signatures for the purposes of a petition to go ahead without a permit, while requiring a permit in other instances.

Mr Amrin added that when a permit is or is not required is “clearly set out in the provisions”, and that the police will “generally act on information received and conduct investigations before deciding what actions to take”.

Mr Singh also asked whether the police will “favourably consider” an application to collect signatures for the purposes of a parliamentary petition on any given matter in a public place.

He  asked how and at which public venues other than Speakers' Corner citizens legally make arrangements to sign such a petition. Mr Singh added that a parliamentary petition requires a physical signature.

Mr Amrin, said that those who wish to hold such events outside the Speakers' Corner will have to apply for a permit. He asked that Mr Singh file a separate parliamentary question if there are particular incidents "so we can look deeply into the issue and give a comprehensive response".

In response, Mr Singh referred to a petition regarding the now-closed Sungei Road flea market, in which he said the police did not intervene. Nominated MP Kok Heng Leun in July last year submitted a petitionseeking an alternative location for the iconic market, popularly referred to as Thieves' Market, in Parliament a week before it was set to close on Jul 10.

Parliamentary secretary for the Ministry of Home Affairs Amrin Amin in Parliament.