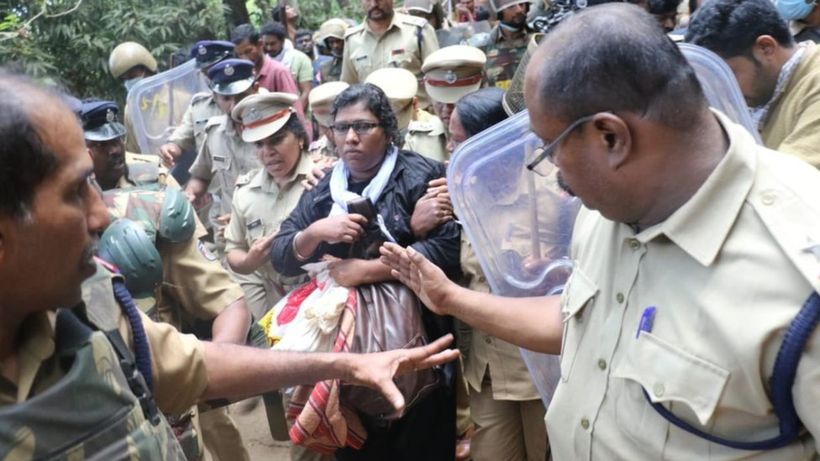 Two Indian women in their 40s have made history by entering a prominent Hindu shrine in the southern state of Kerala, after months of protests against women getting in.

The Sabarimala temple was historically closed to women of "menstruating age" - defined as between 10 and 50.