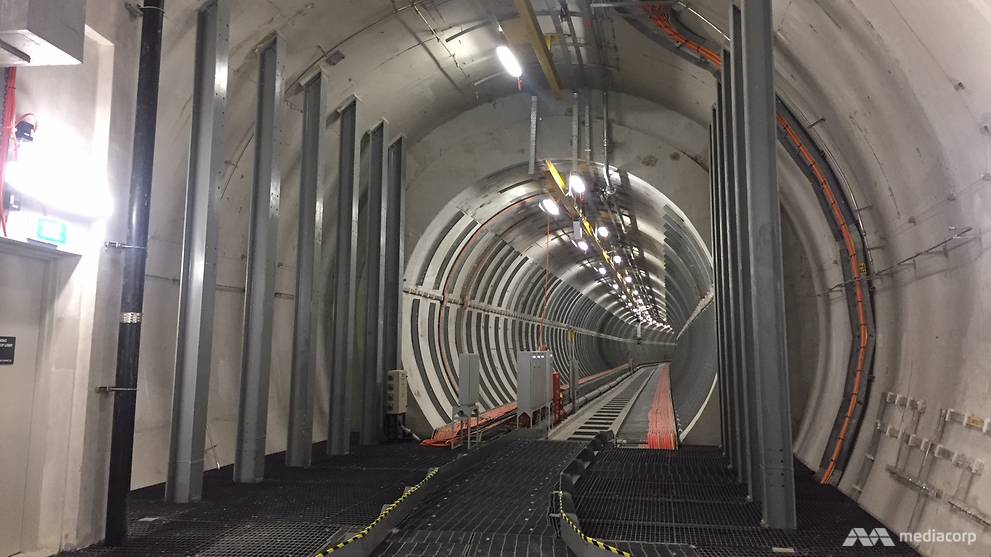 Most of the tunnels will be buried about 60m beneath the earth, the equivalent of a 20-storey building, but the deepest point will be 80m, the deepest of any tunnel in Singapore to date.

In addition, the new tunnels will be able to house up to 1,200km of high-voltage electricity cables, more than three times the distance between Singapore and Kuala Lumpur, SP Group said.

Construction works for the North-South Tunnel, East-West Tunnel and Jurong Island-Pioneer Tunnel were completed earlier this year, with the laying of cables to be progressively completed up till 2022. These cables will replace eight existing circuits running across Singapore that are due for replacement.

According to SP Group, the tunnels were built deep underground to “minimise the congestion of underground utility services”.

This is because water pipes and telecommunication cables are built just under the surface of roads and these require road closures in order to dig up and replace the cables during conventional maintenance works, said SP Group's Infrastructure and Projects Managing Director Michael Chin.

Building the tunnels deep underground would therefore allow for more efficient repair and replacement works, with minimum road disruptions and inconvenience to the public, and will meet any future increase in electricity demand, he added.

The new tunnel system will also have preventive maintenance equipment that can provide a visual, live coverage of the tunnels in order to increase efficiency.

The five-year construction of the cable tunnel project will cost about S$2.4 billion, with the tunnels planned to last 120 years.

80 meter deep tunnels here. I guess after some years Singapore will be standing on top of such many tunnels.