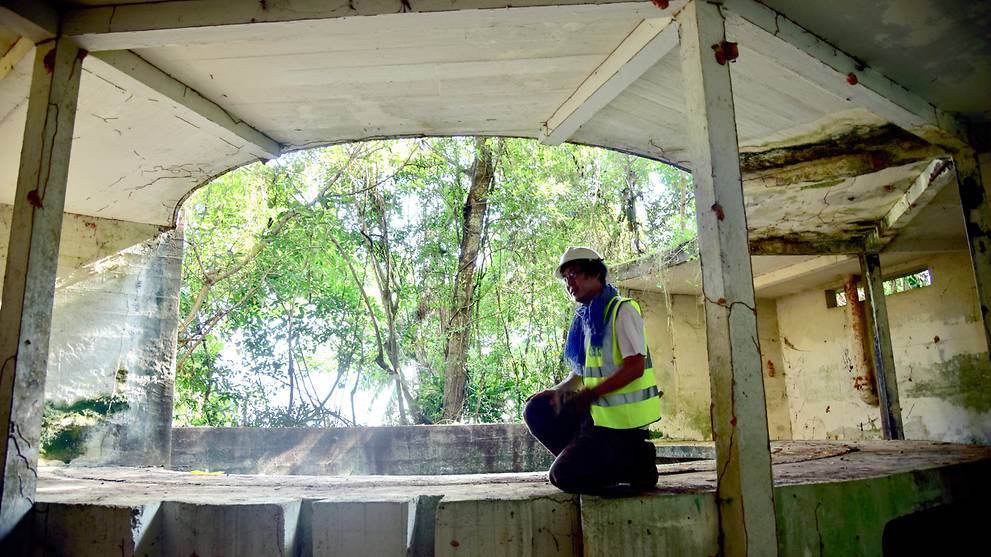 SINGAPORE: The National Parks Board (NParks) and ISEAS-Yusof Ishak Institute (ISEAS) on Friday (Dec 22) announced the start of the first phase of in-depth archaeological surveys on Pulau Ubin.

The surveys started a week ago and are being conducted at two World War Two gun emplacements of Ubin’s Anti-Motor Torpedo Boat (AMTB) battery, which were built north of the island between 1936 and 1939 to defend the Johor Straits.

Surveys will take place in three phases over 18 months, said ISEAS associate fellow and archaeologist Lim Chen Sian during a media visit which was attended by Second Minister for National Development and Minister for Social and Family Development Desmond Lee.

“Previously there were only pedestrian surveys involving mainly visual inspection, as early as 1949,” Mr Lim added. “Now we have the resources ... to figure out what really happened here.

“At this stage it’s really about documenting, mapping out, creating an inventory and blueprint.”

Depending on results of the first phase, more surveys may be carried out at the gun emplacements or at other sites on the western side of Ubin.

The detailed study of the archaeological and historical remains at these sites will involve fieldwork such as identifying, mapping and recording heritage features - along with basic sampling such as surface collections.

Sub-surface probes may also be carried out to analyse areas with a high probability of buried remains.

The surveys will complement and add to ongoing cultural heritage and biodiversity research on the island, and serve as a guide for NParks to strategise conservation efforts, according to the agency’s Ubin director Robert Teo.

“We will explore the possibility of future public access,” he said. “The idea is to preserve (historical sites like these) for future generations to enjoy.”