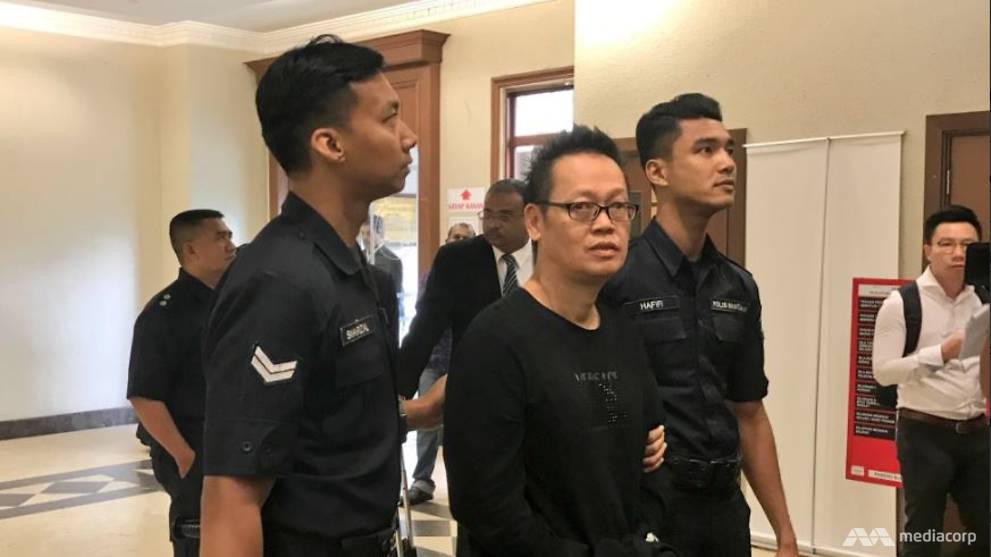 SINGAPORE: A day after his release from prison in Singapore, a multi-level marketing scheme founder has pled not guilty to charges in Malaysia on Thursday (Dec 21) that could send him back behind bars if convicted.

Singaporean James Phang Wah faces two charges under the Banking and Financial Institutions Act 1989 for accepting deposits without a valid license between 2006 and 2008 during his time assisting the management of its Malaysian affiliate, Sunshine Empire Sdn Bhd Malaysia.

Each charge carries a maximum fine of RM10 million (US$2.46 million) or a prison term of 10 years, or both.

"He felt shocked. He did not know, he was not ready in fact to be charged in Malaysia. He thought initially that the case was over in Singapore and the Malaysian government or authorities would not charge him for whatever offences he was seen to have done in Malaysia. But unfortunately turn of events, he's charged now in Malaysia," Phang's lawyer Shah Rizal Abdul Manan said.

Bail has been set at RM1 million (US$245,700) for each charge along with strict conditions including handing over his travel documents and reporting to the nearest police station once a month.

In June 2010, Sunshine Empire Sdn Bhd pled guilty to two charges of the same offence, and was fined RM1 million for each.

According to his lawyer, Phang had just been released from prison in Singapore on Wednesday after serving out a sentence that began in December, 2011.

The defence used this to argue for lower bail to be set, saying that their client , who was married with three children, had not been able to work and needed money for follow up treatment for health complications he suffered during his time in jail.

Singaporean James Phang Wah, previously convicted in Singapore over a Ponzi scheme, arrives at KL Sessions Court to be charged under BAFIA 1989. pic.twitter.com/s8FcI6qeyA

On Jul 30, 2010, Phang was sentenced to nine years' jail and fined S$60,000 for running a fraudulent trading company and falsifying accounts.

In what is believed to be one of the biggest Ponzi-like schemes in Singapore, Phang's company sold "lifestyle packages" which promised its investors high returns.

However, the returns came from new investors, rather than genuine profits.

Sunshine Empire had been placed on the Monetary Authority of Singapore's investor alert list in September, 2007, and was subsequently raided by the Commercial Affairs Department two months later.