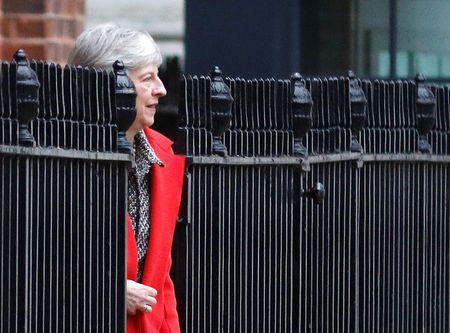 Help your child improve: Sign up for tuition here
Looking for a private tutor? Check this out now

LONDON (Reuters) - The threshold for triggering a confidence vote in British Prime Minister Theresa May has not yet been met, the chairman of the committee in charge of Conservative Party leadership contests told BBC radio on Sunday.

"The intention is clear that if it were to happen it ought to be a test of opinion very quickly in order to clear the air and get it out of the way," Graham Brady, chair of the '1922 Committee' said.

Forty eight lawmakers in May's party must submit a letter to Graham Brady in order to trigger a confidence vote that could see her removed as leader of the Conservatives.

May's position as leader of the Conservatives in under threat after several ministers quit in protest at a draft Brexit agreement announced last week, and others in her party have openly called for her to stand down.

In recent days some lawmakers have suggested that the threshold for a challenge had been met, but that Brady had yet to inform May.

"Obviously, I wouldn't play silly games with it," he said when asked about those reports.

So far more than 20 lawmakers have said publicly that they have submitted letters, but the total number sent is not known.