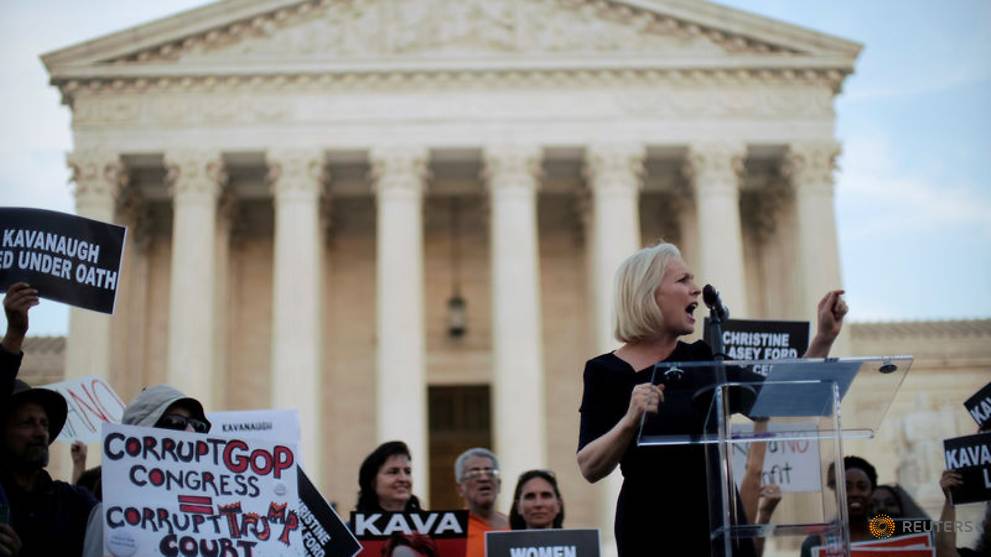 U.S. Senator Kirsten Gillibrand told CBS' "The Late Show With Stephen Colbert" that she would file paperwork on Tuesday night to explore a run for the Democratic presidential nomination in the 2020 election.