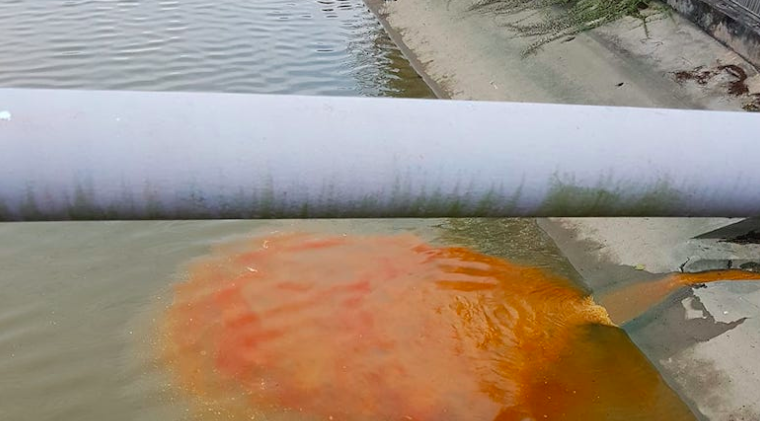 Yesterday morning, one netizen surfaced a case of illegal waste dumping, accusing a caterer at a void deck wedding of tossing out leftover curry gravy into the river nearby.

It’s one thing to throw away leftover food, but unceremoniously disposing of it and polluting a river that animals call home is quite another.

The alleged incident — which reportedly occurred at Block 408 Pasir Ris Drive 6 — saw a large amount of curry poured into Tampines River, in a photo shot by Shirley Lc Tan, who explained that otters and monitor lizards can usually be found in the vicinity.

Tan claimed to have already reported the matter to the National Environment Agency (NEA). On the authority’s website, it states that “the illegal dumping of waste of any kind is a serious offence”, as it pollutes the environment and can be a hazard to public health.

NEA has yet to respond to the incident.

Meanwhile, in the online realm, some netizens called for Tan to name and shame the caterer for the irresponsible behavior, while others asked for the authorities to get involved.

But as in all situations, there’s always one person to make light of the circumstances. Like this individual.