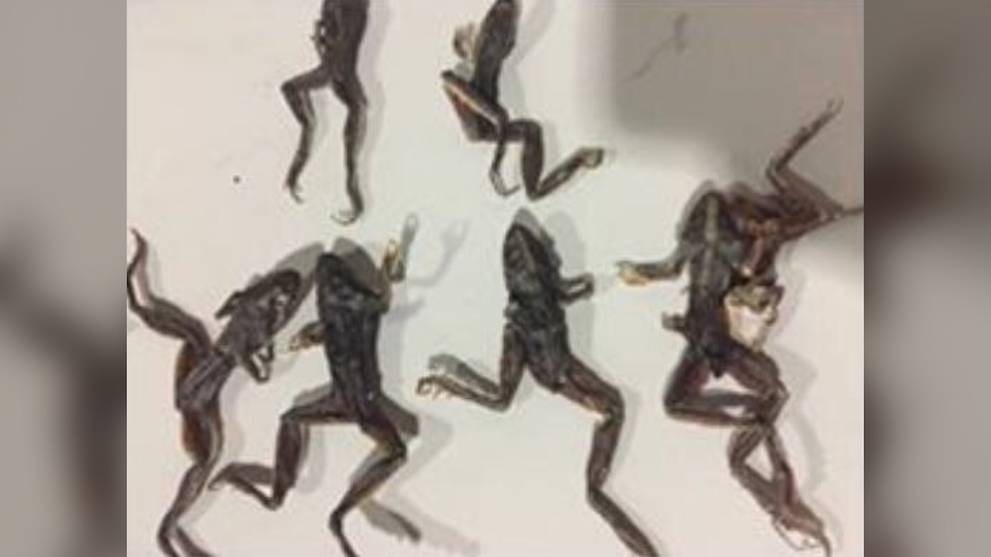 SINGAPORE: A 39-year-old woman was fined S$10,000 on Wednesday (Dec 20) for illegally importing dried frogs into Singapore from Thailand, according to the Agri-Food & Veterinary Authority of Singapore (AVA).

On Dec 9, immigration officers at the Woodlands Checkpoint alerted the AVA about illegal food products in a Thai-registered truck. A total of 10kg of dried frogs were found in the truck.

AVA's investigations later revealed that Junsricha Kanokporn had illegally imported the dried frogs from Thailand to be sold in Singapore. The products were seized and will be destroyed.

This is Kanokporn's second offence of this nature. In August 2017 she was fined S$10,000 for two charges of illegally importing meat products and fresh duck eggs from Thailand.

According to the AVA, imported food is regulated for safety and health reasons. Meat products, in particular, can only be imported from accredited sources and approved countries that meet the food and safety requirements in Singapore.

Anyone found illegally importing food products from unauthorised sources is liable to a maximum fine of S$50,000 and/or a two-year jail term. Subsequent offenders may be jailed up to three years and/or fined up to S$100,000.